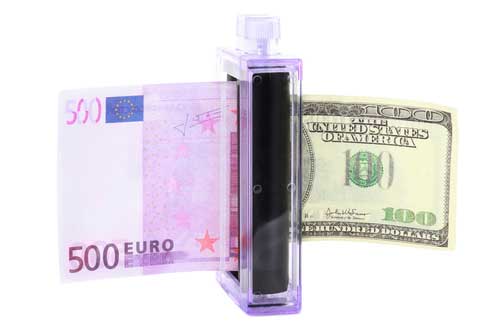 The Methods in Currency Conversion

Currency conversion, in the context of foreign exchange, is a market process that determines the equivalent amount of one currency when traded with another.  The trade process is marked by both buying and selling in order to increase the value of one’s money.  As long as consumers will find reasons to use other currencies than their own, this conversion will continue to determine the worth of the money in your pocket.  It may seem simple for people to look at it as a mere trade process.  However, there are more technicalities governed by the rule of money than the ordinary consumers know about.  Here are two of the most common methods used in currency conversion.

The floating exchange rate approaches conversion of currencies directly that consumers will be able to buy a currency at a price they are willing to pay for.  This method is best illustrated by three of the most stable currencies in the world: the US Dollar, the Canadian Dollar, and the UK Pound.  Notice how the countries where these currencies belong have exuded strong economies across time.  A little slump in these countries’ economy is reversed in a measurable period of time just enough for the currency value to stabilize.

The Floating Exchange Rate relies on the relationship of supply and demand.  Supply and demand is in turn affected by factors like inflation, deflation, trade balance, and foreign investments.  When all of these factors are favorable, a currency poses a more stable value.  If a currency value is stable, more consumers will be able to buy it.  If this happens, currency conversion takes a positive direction.

Unlike the floating exchange rate which is characterized by flexibility, the pegged exchange rate is fixed and is controlled by the government.  This method is common among countries that have unstable economies or those economies that are still developing.

For both of the methods employed in currency conversion, the public’s perception of how their money is valued determines if they ought to buy a more stable currency or not.  While the threats of inflation and black market can happen, the regulatory purpose a country’s economy can save its money’s value or not.