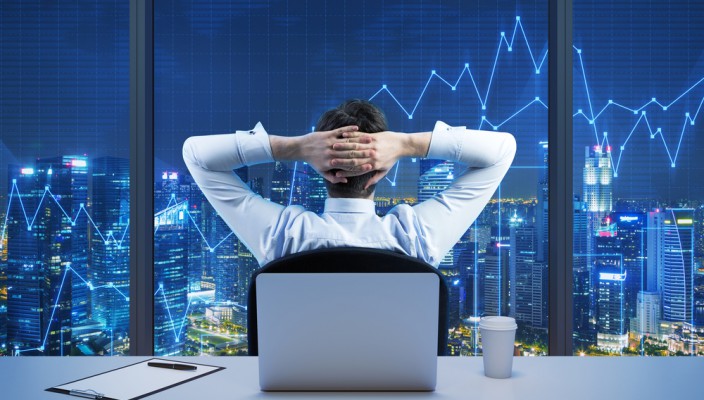 I conversed with an old trading acquaintance recently, we first met over the internet, discussing trading ideas on a trading forum, back in the early part of this century. Wow, doesn’t that make me sound old? I’m only talking back in 2005, not 1905. Anyhow, the good news is that he’s still trading (successfully) part time, as most in the retail industry do. And let’s face it, if you’re trading full time as a retail trader, then you’re probably doing something wrong. As the amount of free time we have on our hands, once we’ve nailed our strategy after discovering our edge, should be plentiful.

As you move through the gears, over the years, from; novice, to intermediate, to seasoned professional, the amount of time you dedicate to trading should diminish, in direct correlation with your progress. As an illustration many originators of successful hedge funds will testify that they spend/spent more time pitching to and for clients to invest in their fund, than devising algorithmic trading strategies, as the clever stuff, the magic and science, was already taken care of. The hard part was the sell; to get wealthy clients and corps to part with significant sums to invest.

The importance of learning and getting informed

I often think of my trading contact because of the effort he put in early days when he discovered trading back in 2003; he’d often mail me regarding seminars, lectures, trading demonstrations, appearances by supposed great traders and invites to spread betting firms’ get togethers. What struck me is just how many hours and how committed he was, constantly immersing himself in the investment industry. There was hardly an opportunity he missed, always signing up for just about any online seminar he could find, even paying small fees for online, live trading groups; taking trades in unison with other paid up members. So where did it get him?

That journey of exploration led him to arrive at his ultimate destination, to become a successful trader. Had he not taken those twists and turns, completely absorbing himself into his new vocation, then he might have given up. I know that in his darkest moments that his unbelievable enthusiasm and thirst for knowledge, kept him going during the lean times. He had an unswerving belief that things would eventually come good.

What we can learn from our mistakes

He’s now what you’d consider to be a wise, old (maybe not that old) sage. He’s earned his stripes, he’s been through many tours of duty and as a consequence he (arguably) has a right to part with his wisdom and offer up some trading advice. Now it’s too simplistic to say he wouldn’t on reflection and retrospectively change a thing, because that’d be wasting the high value of his bad experiences, which many novice traders can immediately avoid and benefit from, he’d want novice traders to avoid his costly mistakes.

We have to recall that back in 2000-2005 internet trading was in its infancy, many of us were breaking ground, for the waves of traders to follow, we made many mistakes and some weren’t classic trading mistakes; spreads of 8 pips on for example EUR/JPY, GBP/JPY were standard, none of us would accept such spreads now. His main advice boils down to a simple message; “work hard at your trading, but don’t make it hard work, work smart. Money management is everything.” We don’t have the word count available to cover how all his trading scar tissue was earned, so let’s paraphrase.

He wished he’d not blown up accounts, however small. On reflection he wishes he’d just obligated $1,000 to his first effort at trading and only opened a micro or mini account and traded (relative) pennies. However, there weren’t many such accounts available back in 2003-2005, the minimum bet couldn’t be limited to circa $10 per trade and as mentioned; our spread costs back then were eye watering. He wished he’d not been seduced by methods, strategies and trying just about every trading indicator (and combination of) available, instead concentrating on finding a simple edge, with a positive expectancy. He wished he’d just traded one security, such as EUR/USD and GBP/USD and realized that less can be more. He wished he’d not panicked, not let greed and fear motivate him in his early days, realized that there’d always be another trading day, never to revenge trade, limit losses to only 1% a day, never become emotional (three broken keyboards were expensive to replace back in the day).

But most of all he wished he’d approached trading from a relaxed standpoint, knowing that it’d all eventually come good. It wouldn’t come good because he discovered a trading strategy elixir, but because he understood risk and how to limit it, in order to give his strategy the best chance of being profitable.

« WEEKLY MARKET SNAPSHOT 16/10-20/10|U.K. economic data will be closely analyzed, to gauge if the BoE has the ammunition to raise the base interest rate above 0.25% in November New Zealand’s CPI is the key, high impact, economic news event listed for Monday, however, political issues in the USA, U.K., and Europe should be closely monitored »