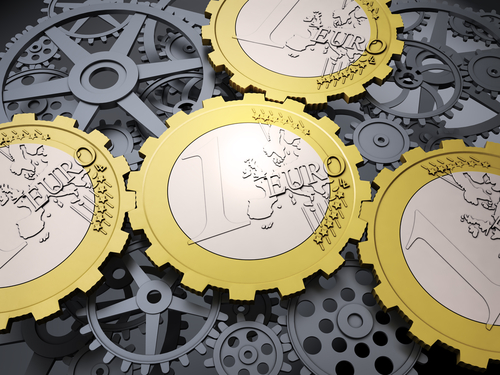 The Euro is currently consolidating below the 1.2800 level against the US Dollar after rallying a high of 1.2815 from last week’s mid 1.26 level as an aftermath of the ECB’s much anticipated announcement of their bond buying program to bail out its troubled members.

However, according to FXstreet.com and DailyFX, the move to the 1.28 level may have been overdone especially with the recent announcements from Italian Prime Minister that it will not participate with the ECB’s bond buying program while at the same time the Spanish financial authorities showed signs that they are not also inclined to participate since borrowing costs have been falling since July and they find no need for a bailout plan at the moment.

Last week’s break above the 1.26 level was fueled in part by the growing perception that the Fed may put in place QE3. There simply was too much optimism for the Euro and the focus is shifting back to the FED. With the FOMC meeting slated for Thursday this week, what we are seeing is basically the market starting to discount the possibility of a QE3 and as a result, the US Dollar softened across the board.

Without a QE3 announcement on Thursday however, focus will revert back to the ECB and the reluctance of its troubled members to participate in the bond buying program because of the stiff conditions that ECB imposes with it. To muddle up this week’s Euro outlook is the anticipated German Court Ruling on the constitutionality of the bond buying program. Although according to TD Securities analysts, the issue should be resolved not by the German courts but by the European Court of Justice as per German legal experts, the issue can still infuse a little volatility in the market.

What can possibly buoy up the Euro too and spell further weakness for the US Dollar is tomorrow’s release of the US Trade Balance which the market expects to widen further to $44.7 Billion in July up from $42.9 Billion in June.

The UK Jobless Claims is also slated to be released on Wednesday. An upbeat UK labor report will spell more weakness for the US Dollar and may help the Euro try another push above the 1.28 level but as long as that level is capped it’s a tossup between the Euro and the US Dollar for this week with both facing possible weaknesses due to the possibility of QE3 on the Dollar side and the possible non cooperation by Italy and Spain with the ECB’s bond buying program on the Euro side.

Currently, market expectations are for the Fed to announce some form of quantitative easing perhaps a QE3 at the most or an extension of the current quantitative easing till 2015. Either way, the market will take it as further weakening the US Dollar.

The Euro’s slide to the 1.27 level at the start of the week can well be in preparation for a push higher and may catch traders off guard. But certainly, the market is by now highly convinced that some sort of quantitative easing will be announced on Thursday; any Euro slide or consolidation move is just to gather strength to push further up above 1.28.