The DJIA closes at record high on Wednesday due to speculation over Fed monetary easing policy as Global output reaches its fastest pace since February 2011.

Nov 7 • Morning Roll Call • 2453 Views • Comments Off on The DJIA closes at record high on Wednesday due to speculation over Fed monetary easing policy as Global output reaches its fastest pace since February 2011. 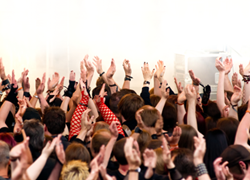 The ECB will leave its main refinancing rate at a record low of 0.5 percent on Thursday, according to 67 of 70 economists surveyed by Bloomberg News. Bank of America, Royal Bank of Scotland Group and UBS predict that the ECB will reduce borrowing costs by 25 basis points to a record low of 0.25%.

U.S. gross domestic product probably grew at a 2 percent annualized rate in the third quarter, down from 2.5 percent in the previous three months, according to economists surveyed before the data is released later today. Non-farm payrolls rose by 120,000 workers last month after a 148,000 gain in September, Labor Department figures may show on Friday Nov. 8th, based on a separate survey.

Global economic activity rose last month to a 32-month high, according to JP Morgan and Markit who have examined the various surveys of manufacturing and service sector data released over the last week or so. Their Global October Composite PMI rose to 55.5, from 53.6 in September, accelerating away from the 50 point mark that separates expansion from contraction.

David Hensley, Director of Global Economics Coordination at JPMorgan, believes that the PMI data shows the global economy started the final quarter on a positive footing. All-industry output accelerated in October, indicating that global GDP is now on track to post a very positive outcome in Q4.

UK economic growth probably slowed slightly in October, according to the latest monthly forecast from the NIESR think-tank. NIESR predicts that Britain’s economic outlook grew by 0.7% in the three months to October, lower than the 0.8% growth seen in the July-September quarter. If NIESR are right, their forecasts are usually accurate, this means the current level of GDP is now 5.6% above the trough of the 2008-9 recession, but still 2.3% below its pre-recession peak.

German industry orders rose more than expected in the month in September thanks to above-average demand for big-ticket items, according to data from the Economy Ministry. Seasonally-adjusted orders surged by 3.3 percent on the month, rising far more than the consensus forecast in a Reuters poll for a 0.5 percent increase. The reading overshot even the highest estimate for a 2.5 percent rise.

Volume of retail trade down by 0.6% in euro area

US Announced Job Cuts Up Slightly in October – Challenger

The pace of downsizing in the USA remained relatively flat in October, as the nation’s employers announced plans to cut 45,730 jobs from their payrolls during the month. That was up 13.5 percent from 40,289 job cuts recorded in September, according to the latest report on monthly job cuts released Wednesday by global outplacement consultancy Challenger, Gray & Christmas, Inc. The October job-cut total was down 4.2 percent from the same month a year ago, when 47,724 planned cuts were announced. This marks the first time in five months that the job-cut total was lower than the comparable period a year ago.

Contractors took out $6.5 billion worth of building permits in September, up 1.7% from August and the seventh monthly advance since the beginning of the year. However, there has only been a slight upward trend in the total value of building permits over the nine-month period. The September increase came from the residential sector, mainly in Alberta and Quebec. The total value of residential building permits rose 3.3% to $4.1 billion, following a 4.8% decline in August. Residential construction intentions increased in five provinces, led by Alberta and Quebec.

The Australian Industry Group/Housing Industry Association Australian Performance of Construction Index (Australian PCI) has recorded expansion in the sector for the first time in more than three years. The Index jumped 6.8 points to 54.4 in October passing the critical 50 point mark which indicates expansion. The positive Australian PCI reading was led by the residential construction sub-sectors, however all the sectors were back in the black with the apartments sub-sector recording the strongest growth in October, up 8.5 points to 66.2. Housing also rose strongly, by 3.8 points to 65.3

New Zealand’s dollar, the kiwi, strengthened for a fourth day versus the dollar after Statistics New Zealand said employment in the nation rose 1.2 percent in the third quarter, compared with a 0.4 percent gain in the previous three months. The kiwi climbed 0.1 percent to 83.77 U.S. cents after advancing to 84.15 cents, the highest level since Oct. 24th.

The benchmark 10-year yield fell three basis points, or 0.03 percentage point, to 2.64 percent at late in New York time. The 2.5 percent note due in August 2023 rose 7/32, or $2.19 per $1,000 face amount, to 98 25/32. The yield climbed to 2.68 percent yesterday, the highest level since Oct. 16th. Treasury 10-year note yields fell from almost the highest level in three weeks on speculation the Federal Reserve may keep its target interest rate at almost zero for an extended period when it starts stimulus cuts.

In the USA the GDP figures are released, expected to come in at 2.0%, whilst unemployment claims for the week are expected to stay in the stubborn range at circa 336K. Later in the afternoon the ECB president Mario Draghi will hold court at a press gathering explaining the current economic situation in Europe and the decisions made earlier regarding the rate setting.

Later in the evening the trade balance for China is expected to print at 23.5 billion up from 15.2 billion the previous month, whilst Australia’s RBA delivers its monetary policy statement.

« As Greeks strike Markit PMIs reveal that Spanish and Italian business activities are still weak, whilst Eurozone expands for fourth month running in October… Is price random? The random walk hypothesis, the Philadelphia 76ers basketball team and our debt to Eugene Fama… »