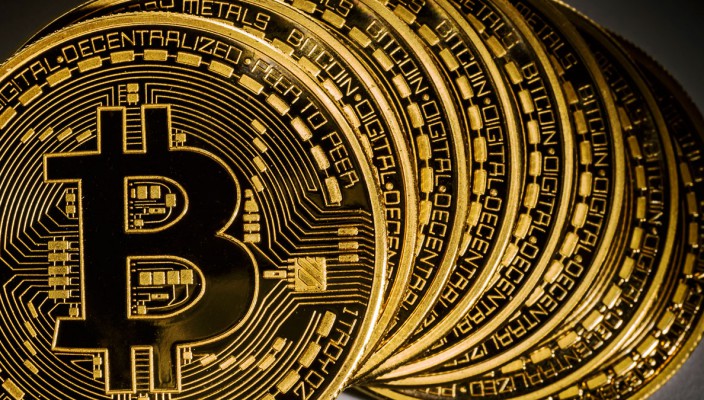 The Bitcoin and crypto coin craze, will it continue, or climb into a crypt of its own making?

Dec 19 • Forex Trading Articles • 3969 Views • Comments Off on The Bitcoin and crypto coin craze, will it continue, or climb into a crypt of its own making?

Ask a colleague, friend, or family member what they knew about Bitcoin, or crypto currencies back in 2015 and the likelihood is that you’d be faced with a blank stare. This year the Bitcoin phenomenon has truly gone mainstream. It’s impossible to compare the mania and craze to recent stock market events, such as the dot com bubble, as the growth in value of Bitcoin has surpassed any previous investment growth witnessed, other than perhaps historical events such as the South Sea Bubble, or what was termed “Tulip mania”.

Tulip mania was the first major financial bubble. Investors began to fervently purchase tulips, pushing their prices to unprecedented highs; the average price of a single flower exceeded the annual income of a skilled worker. Tulips sold for over 4000 florins, the currency of the Netherlands at the time. As prices drastically collapsed (to close on zero), over the course of a week in 1673, many tulip holders instantly went bankrupt.

South Sea Bubble. Stocks in the South Sea Company were traded for 1,000 British pounds (unadjusted for inflation) and then were reduced to nothing by the later half of 1720 after crashing in 1711.

The original purists who developed and were behind the development of crypto currency had a vision; peer to peer currencies that could allow users to in effect step out of the global monetary system, a payment method that could rank equally with global currencies, to become accepted currencies in their own right. Satoshi Nakamoto is the name used by the unknown person (or people) who designed bitcoin and created its original reference implementation. As part of the implementation, they also devised the first blockchain database. It’s unlikely that the supposed founder/s of Bitcoin, could have foretold that the virtual currency would become a speculative tool, that would witness such stellar growth, circa 12,000% in 2017.

There’s many who appear to have developed a form of irony bypass were the crypto currency phenomenon is concerned; in order to crystallise any gains you have to cash in the bitcoins into the fiat currencies the investors are supposed to despise; think your bitcoins are worth a million dollars? Until you’ve exchanged them into dollars then you don’t have that million dollars, the fans and investors will be cashing back into the system, they want to (supposedly) disrupt.

Any online discussion on the relative merits of Bitcoin generally breaks down into several distinct groups; contributors who’ll claim to have been invested close to the conception, spending $10k on coins with a value of $100, who are now sitting on a fortune of circa one million dollars. Then there’s the naturally envious, who simply missed the boat and will never invest. There’s those who bought in late and will attempt to justify paying $5,000 per bitcoin and will attempt to blind disbelievers in science, as to how the crypto revolution is in its infancy. This latter group may flood investment discussion forums, attempting to create hype.

The final group is one many of us will relate to and recognise; they make a reasonable return from trading forex, they know their markets, their risk and shrug their shoulders at the Bitcoin revolution. They tend not to fit into any of the afore mentioned groups, they’re no more likely to invest in bitcoins than they are in: old postage stamps, diamonds, or rare earth minerals.

It’s not that this final group doesn’t understand crypto, it’s the fact that something just doesn’t fit right within the carefully crafted business trading plan, which they’ve painstakingly created over a period of years. And there’s one aspect that keeps flashing warning lights with regards to crypto, that keeps them away from investing, or attempting to trade it; risk.

Over the last two months the value of Bitcoin has fallen by 29% and circa 20% in a trading session, often within minutes/hours. Generally the fall has occurred as a reaction to, for example; the Chinese authorities issuing diktat that could limit, or at worse outlaw, crypto currencies. For those in our community who know and regard a one percent movement in a currency pair during a trading day (as the pair breaches S3 or R3) as extreme, then a 30% move is both terrifying and absurd. The only recent comparison we have is the Swiss central bank removing their loose peg versus the euro back in January 2015. An event that wiped out certain non STP/ECN brokers, who were market makers, as the franc rose by circa 30% versus the euro.

The big test for Bitcoin could arrive soon; Cboe Global Markets has moved ahead of CME in an attempt to become the first to launch bitcoin futures. Cboe announced this Monday that it’s launching futures trading in the cryptocurrency beginning this Sunday, making the Chicago-based exchange the first to give investors a new way to wager on and crucially against, the virtual currency. The ability to go long or short versus the crypto could see it find a true market level, through a form of price discovery. However, it’s impossible to gauge the impact the launch of bitcoin on this exchange will have. Bitcoin could rise exponentially, it could crash, but for those of us intrigued over potentially trading the opportunity, it could be the start of a new era.

We could eventually see a reasonable spread on the trade, the rules of BTC trading coming onto the radar of our known quantities. Inside a relatively short period of time BTC/USD could become as familiar a trading security as EUR/USD, with spreads to match. We could witness a liquid pool, created in an ECN model, that allows us to trade BTC, just as we do any other currency pair, utilising our standard trading plan rules, including our usual trading and risk parameters.