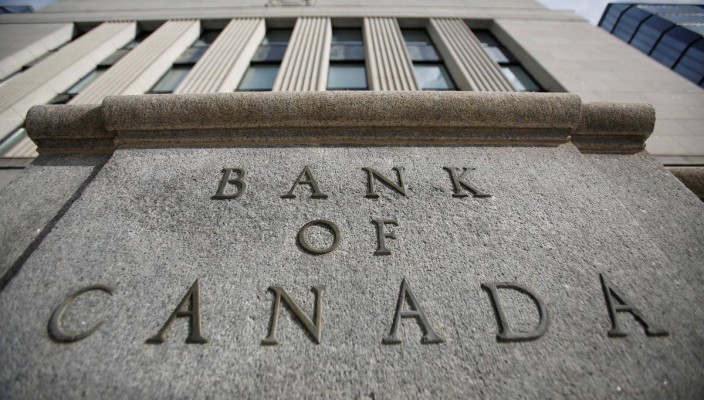 The Bank of Canada is odds on to raise Canada’s interest rate on Wednesday to 1.25%, but could they shock markets by keeping rates unchanged?

Jan 16 • Mind The Gap • 5623 Views • Comments Off on The Bank of Canada is odds on to raise Canada’s interest rate on Wednesday to 1.25%, but could they shock markets by keeping rates unchanged?

At 15:00 GMT (London time) on Wednesday January 17th, the BOC (Canada’s central bank), will end their monetary policy/rate setting meeting with an announcement regarding the key interest rate. The expectation, according to the economist panel polled by Reuters, is for a rise from the current rate of 1.00% to 1.25%. The central bank unexpectedly raised its benchmark overnight rate by 0.25% to 1% at its September 6th 2017 meeting, this move surprised the markets who anticipated no change. It was the second rise in the borrowing cost since July, at the time GDP growth was stronger than expected, which supported the BOC view that growth in Canada had become broadly based and self-sustaining.

The rate rise failed to have an immediate impact on the value of the Canadian dollar versus its main peer the U.S. dollar, despite the USD experiencing a significant sell off during 2017, USD recovered versus CAD from the second week of September, until approximately the third week in December. CAD has made significant gains versus USD during the first weeks of 2018.

The statement from the BOC in December, accompanying their decision to hold rates at 1.00%, appears to contradict the overall view that rates will be raised on Wednesday, a section of the press release stated that;

“Based on the outlook for inflation and the evolution of the risks and uncertainties identified in October’s MPR, Governing Council judges that the current stance of monetary policy remains appropriate. While higher interest rates will likely be required over time, Governing Council will continue to be cautious, guided by incoming data in assessing the economy’s sensitivity to interest rates, the evolution of economic capacity, and the dynamics of both wage growth and inflation.”

Since this statement and the rate hold decision, the various data metrics relating to Canada’s economy have been relatively benign; annualized GDP growth has fallen from 4.3% to 1.7%, with annual growth slipping from 3.6% to 3.0%, therefore the BOC may believe that it’s prudent to leave rates unchanged. A further development which may influence their decision, involves the recent threat by USA president Trump to break up the NAFTA free trading bloc, which successfully operates between; Mexico Canada and the USA.

USD/CAD has fallen sharply from December 20th, from approximately 1.29, to a recent low of 1.24. The BOC may take the view that the Canadian dollar’s value is currently high versus its main peer, whilst inflation at 2.1% appears to be under control.

Despite the overwhelming prediction to raise rates to 1.25%, beginning a suggested series of three rate rises in 2018, the BOC may surprise markets by announcing a hold of the rate, staying close to the monetary policy announcement made in December 2017. However, traders should adjust their positions accordingly and note that volatility and price changes in the Canadian dollar may increase on the day, whatever the decision, particularly if the rise to 1.25% has already been priced in and fails to materialize.