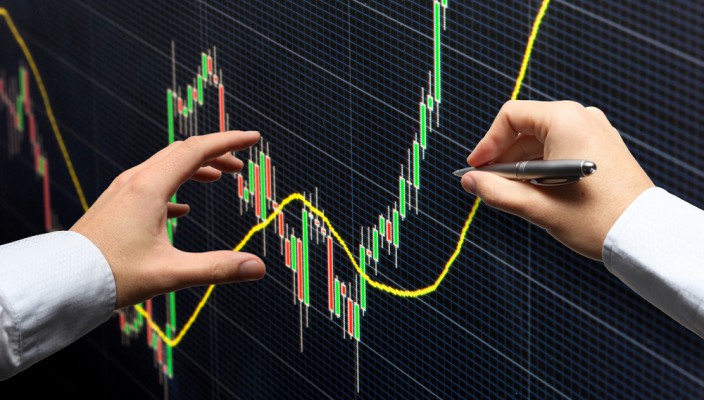 Technical analysis may lag, but it is an important part of Forex Trading

Oct 18 • Forex Trading Articles • 1807 Views • Comments Off on Technical analysis may lag, but it is an important part of Forex Trading

It’s one of the most used (overused) tropes, in relation to technical analysis; “technical analysis lags, it can never lead” and in many ways such a claim is absolutely correct. The vast majority (if not all) of the technical analysis indicators we use, plot their path based on what’s happened and not what’s going to happen. However, analysts or traders cannot definitely state what’ll happen in the market during the next minute, day or week, we can only make a reasonable prediction judged on the evidence we: read, see and hear, based on history, our charts and the fundamental micro and macro-economic events, which occur on a daily basis. Therefore we can theoretically turn the trope on its head and ask; “does it actually matter if indicators lag? They can still offer up a perfect illustration of what’s happening in the market”.

We can extend this discussion further by stating that if you’re principally and specifically trading off a: two, four hour, or daily chart, then is it relevant that indicators lag? Of course they’ll all lag, in relation to the information delivered by, for example, a tick chart. The vast majority of retail forex traders are day and swing traders, who are looking for the development of daily or longer term trends, they’re not looking to identify short term scalping opportunities. Therefore, the lagging information on their charts, is perfectly acceptable to make decisions from.

Let’s add some more fuel to the bonfire of the “indicators never work” myth. Let’s suggest an experiment; let’s surmise a trader had no economic calendar information whatsoever, he or she lived in a hermetically sealed bubble, under laboratory conditions, that only allowed technical analysis to penetrate it, no other communication or information was available, other than what was on their chart. Could they trade successfully with only charts, could they potentially make a profit? Of course they could, because the fundamental analysis, that most of us will agree moves our markets, eventually translates itself, as it bleeds onto and into our charts.

Perspective is crucial, our bubble sealed laboratory trader actually doesn’t need to know what’s moved the markets, if he or she witnesses a significant move and change of sentiment on their charts. It could be: an interest rate rise, a major policy change, a major spike in unemployment, a high rise in employment, or a tapering of stimulus. A central banker may have dropped a bombshell in a speech. Now, whilst the nature of the announcement may impact on the longevity and aggression of the momentum market move, in some ways our lab trader can remain blissfully ignorant of the reasons and simply trade what they see.

Trading what you see, not what you think, is a phrase that many of us have imprinted in our trading minds and yet if we reverse the scenario we’ve painted, would we trade on fundamental news only, would we for example only trade each fundamental event, without analysis of the impact the news has on our charts? That’s highly unlikely. So we could and would trade with technical analysis only, completely devoid of fundamental analysis, but most successful traders wouldn’t dream of taking a trade based on fundamental analysis only, unless they could see their charts and the impact the economic calendar event made.

« Sterling slips, despite U.K. CPI (inflation) rising, as the Brexit bluster appears to have run out of road, DJIA reaches record 23,000, as U.S. dollar rises versus its main peers DJIA index reaches new record and rises the most in five weeks, sterling falls to six day low on poor wage data »