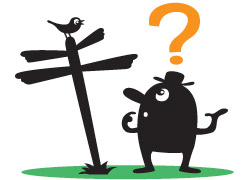 Stuck In A Moment

So you're deep in the jaws of a drawdown and you sit there staring at the monitor wondering; "how did I get here?" You look at the charts, the account balance, back to the charts, the account balance and then the reality hits; it's gone, it ain't coming back and it'll take a real fight to claw back to where you were originally, let alone begin to build the account back up again. If this trading account is your 'life and blood' and as such includes the wages you depend on to feed yourself and or your family, then this blow hits even harder as you realise it could take months to recover. It's actually during these testing times that we discover what we're truly made of, but we don't have time for naval gazing and quiet contemplation, we have a problem that needs fixing, quickly. This second part of the drawdown article we've composed does not concern technique only money management and discipline. We'll suggest a cut off point at which the method should change, but not what that method should be given that's such a personal issue.

As part of the trading plan you've created you should have noted down certain milestones; your risk per trade, your expected risk reward and just as importantly key 'failure' milestones or cut off points. These crucial cut off points are the critical success factors in your business plan. They are the lines in your personal sand pit that you'll never cross, It'll help limit your loss per trade and ultimately keep the overall drawdown you experience to an absolute minimum.

Firstly let's look at accepted extreme drawdown, we'll use a figure, which although extreme, is generally accepted by many traders as an 'inflection point'. The point at which you change direction, or in the trader business the point at which you stop trading and re-write your trading and overall business plan. Fifteen percent should be the cut off point. Think that's a high figure? So do I, that's why I'll suggest and demonstrate an obvious method to ensure that the maximum drawdown before you change should be ten percent.

But let's analyse and work with this fifteen percentage drawdown as a starting point, we'll work it back through our plan and attempt to isolate a point at which alarm bells may begin to sound way before that fifteen percent figure is reached. Let's visualise it as a surge protector, preventing your account from experiencing a fatal shock, or your trading plan from expensive damage.

Specialist forex swing-traders should ideally risk no more than 1% of their account on an individual trade. If trading the EUR/USD exclusively they'd expect to take no more than four-five trades per week. This average would probably include two winners, two losers (breaching or coming very close to a stop) and perhaps one scratch trade which could also technically be described as a loser but more likely a false signal. With 100 pip stop and aiming for an R:R of 1:2 we'd require a series of fifteen losers in series to reach our inflection point based on calculating the 1% risk on the original capital sum and not on a diminishing scale. If diminishing the percentage risk, as the account balance reduces, the series of losses would have to be closer to twenty trades (hitting the full 1% stop loss on each trade) to hit the 15% drawdown.

To contemplate accepting a series of circa 15-20 losing trades without amending your overall strategy is a complete anathema to most traders. Therefore It may be worth installing in your trading plan a number of losses in a series, irrespective of the time frame, which you'd be prepared to tolerate before accepting that your strategy is simply not working. If swing trading if you didn't experience a winner over a series of ten trades, after approximately two weeks of trading, you'd begin to question the viability of your strategy. Knowing that your money management is sound the only issue can be with your trading technique.

The probability of experiencing 15-20 losing trades in series, all taking out your stop and maximum risk of one percent per trade, utilising the same technique and strategy, is extremely rare. So rare the odds are incredibly small. If an arbitrary series of fifteen trades employing the same strategy returned ten losses two scratch and three winners you'd consider it quite disastrous and question your overall strategy. That pattern would result in an overall account loss of less than ten percent given many losses would not hit the full 1% loss. Therefore we have probably already isolated a far more realistic drawdown based on a fairly random distribution of results from trading. Our drawdown should actually never exceed ten percent before you have to contemplating radical changes to your overall strategy. Now it's worth pausing for reflection to contemplate that in any new business plan if we could draw a line under our initial loss at ten percent of our initial investment we'd consider it acceptable.

One key issue when experiencing a drawdown is time, if you're swing trading the one currency pair and experience the ten percent drawdown (based loosely on the fifteen trade series previously mentioned) then it should take circa three weeks to incur. This gives you ample time to 'super analyse' each trade and perhaps isolate any glaring mistakes you've been making. You don't have this luxury when scalping or day trading. There's another crucial aspect when you experience the first dip in a potential drawdown, the temptation to abandon your overall strategy is intense. You may want to rip your plan after a five percent loss, or more commonly you'll go into a shell and alter your risk per trade, perhaps halving it to half a percent account risk per trade. If we accept (as we should) that probability is a key aspect of trading then if, or more likely when, the winning trades inevitably re-occur you'll take longer to recover your equilibrium and trading balance.

In summary drawdowns, similar to losses, are an unavoidable aspect of trading. If you've already included a section in your trading plan titled "drawdown" then you're further ahead and far better prepared than most traders who engage with the markets. If in that plan you mark 'failure milestones' and install negative surge protection then you'll limit your losses. If you swing trade you'll give yourself time to recover and in doing so will be able to determine if your method is the weakest point of your 3 Ms; money management, mind and method.

« Brother, Can You Spare A Dime? Job Creation or More Bad Apples? »