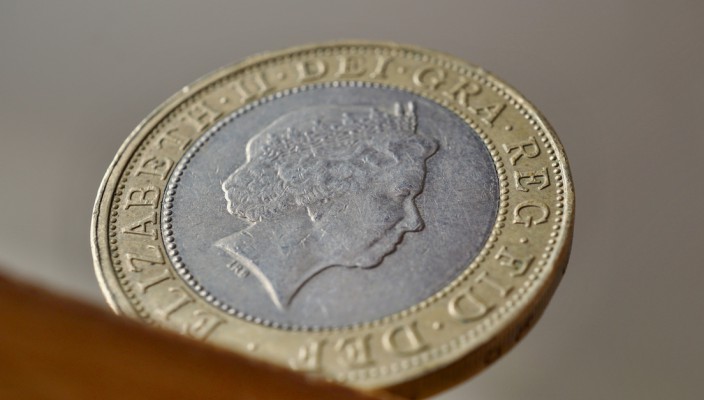 Sterling seen as one of the best performing currencies this year, while US dollar weakens amid the fear of trade wars

Apr 12 • Morning Roll Call • 1107 Views • Comments Off on Sterling seen as one of the best performing currencies this year, while US dollar weakens amid the fear of trade wars

With gains of more than 5% against the US dollar, GBP has been one of the best performing this year. After the Brexit-referendum vote, sterling has been trading round 1.4346 in late January and currently it is trading around 1.4200. Further encouragement has been provided by the expectations of BoE raising the interest rates in May, as well as the strong housing survey data released this Monday. However, yesterday we had mixed economic data for the GBP, with the UK manufacturing production contracting by 0.2% and industrial production coming at lower than expected growth of 0.1%, as opposed to forecasted 0.4%. The disappointing data was annulled by the UK trade deficit, that came at better than expected £10.20 billion, which helped the currency limit further losses.

One the other hand, US dollar has seen a decline mostly due to the fears of trade wars. Against yen, the dollar fell 0.2%, now a safe haven for those who believe it would benefit most during a trade war. According to the senior economist at Berenberg, Kallum Pickering, the risk of a full-blown trade war poses a serious risk to continued global momentum, however the likelihood of the threats to escalate to a higher extent seem low for now. The euro gained 0.2%, coming at the strongest level since March 28th. It has gained a boost on Tuesday due to the comments coming from ECB policymaker, Ewald Nowotny, stating that ECB’s bond buying program would be curled down by the end of 2018, paving the way for the first rate rise since 2011. Furthermore, yesterday Mario Draghi during his speech to students at an ECB event, has stated that the direct effect on the Eurozone economy of the trade war announced by the US and China are small, however the effects on the investor economy have to be considered, as well as the possibility of retaliation.

There were no surprises yesterday with the core CPI inflation for the US came as expected, 0.2% and a slight decrease in the CPI to -0.1% as opposed to 0.0% forecasted. The news did little to revive the US dollar demand, with the selling pressure remaining.

Friday is expected to be a rather quiet day regarding the macro economic news releases. From the US we will have the preliminary Michigan consumer sentiment and the Fed’s JOLTS job openings. From Europe we will be expecting the German final CPI and the Eurozone trade balance results.

In the longer run, the neutral stance prevails as the pair did not manage to break the 1.2400 level. In order to advance, it would be expected that the EUR/USD would break the 1.2410 region.

Sterling fell yesterday below the 1.4200 handle, not managing to develop any significant momentum yesterday. Currently the pair is in a consolidative stage and the technical outlook is still positive.

The pair is still lacking directional strength and is currently trading round the 106.80 handle. USD/JPY would need to extend the range beyond 107.50 level in order to gain some positive, upward traction.

The metal was affected by the Fed and the expectations of faster rate hikes and closed yesterday at $1,353. Currently gold is trading round $1,350.9.

« The ECB top officials to move slowly towards paring back stimulus, Draghi’s speech on tap Investors are focusing on the tensions around the Syria strike; weak EU industrial production data is seen to impact growth »