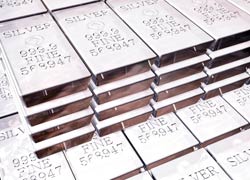 Silver’s market price rose to an eight-year intraday high of just over $30.00 per ounce during Monday’s trading sessions, breaching R3 before slipping under that critical psyche handle, ending the day trading close to R2 and at $28.78, up 6.79%.

Analysts and market commentators suggested that the cohort of Reddit activist traders, who allegedly helped push up the price of heavily shorted stocks such as GameStop and AMC last week, have now turned to silver to squeeze the short positions held by hedge funds.

GameStop slumped by over 25% on the day, down -45% from the all-time high printed last week, while providing a sobering lesson to the inexperienced novice traders caught up in the hype some of whom may have suffered margin calls. Many will hope their option calls get profitably executed when the contracts expire later this month.

Gold inches up, while oil rebounds from the opening lows

Gold failed to follow the example set by silver, trading up 0.79% on the day at $1860 per ounce. The 50DMA and 200 DMA have narrowed on the daily time frame but have avoided the infamous death cross that many analysts and traders look to as a bearish signal.

Oil experienced a significant increase during the day’s sessions. The commodity has traded in a tight channel over recent weeks, evident on its daily time frame. On Monday, February 1 a Heikin Ashi Doji bar formed, suggesting traders could be looking at a bullish change in market sentiment. At 7:30 pm UK time WTI oil traded at $53.55 per barrel, up 2.55%.

Equity indices rise due to encouraging PMIs and construction growth

European and US equity indices rose sharply on Monday, despite a mixed bag of inconclusive economic calendar news. China’s Caixin manufacturing PMI slipped back to 51.3 from 53, Germany’s retail sales missed forecast coming in at -9.6% month-on-month.

The ISM Manufacturing PMI for the US economy fell to 58.7 for January 2021 from 60.5 in December, the highest reading since August of 2018 but below market forecasts of 60. The result was the eighth consecutive month of growth in factory activity. Construction spending in the US increased by 1% in December, one of the industrial sectors experiencing consistent growth during the pandemic.

US dollar rises at the expense of its peers

As US equity markets brushed off recent losses, USD made steady gains on the day. The dollar index DXY traded up 0.45% trading close to the 91.00 level. USD/CHF traded in a wide bullish range, up 0.70%, breaching R3.

USD/JPY traded close to R1 and up 0.22% on the day at 104.93 the highest level since mid-December 2020. After rejecting the 200 DMA late last week, the currency pair has trended in a bullish channel since January 27 best observed on the daily time frame.

EUR/USD slumped during the day’s session following a negatively correlated reaction to the rising EU equity indices. The most traded currency pair traded down -0.64% slipping through S2 and trading just above the critical 1.200 level-handle at 1.2061 and maintaining its position mired below the 50 DMA.

Except for CHF, the euro lost ground versus its major currency peers during the sessions, EUR/CHF traded close to flat on the day. GBP/USD gave up recent gains, trading down by -0.26% but continuing to oscillate in the past week’s narrow holding pattern.

Economic calendar events to be mindful of on Tuesday, February 2

The European Area will publish the latest GDP figures monthly, Q4 2020 and final annual reading during the London session. Reuters forecast a drop of -2.2% for Q4 and -6% for 2020. The euro might react to the GDP figures depending on the results. During the New York session, Mr Williams and Mr Wester, two officials from the Federal Reserve will give speeches. Market participants will listen for any clues to establish if the Fed intend to deliver forward guidance implying a change in the current dovish monetary policy.