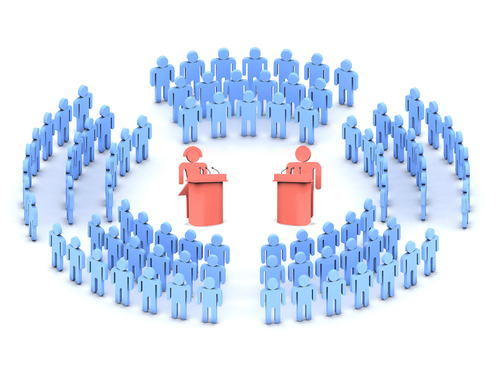 At the Democratic National Convention held at Charlotte, North Carolina Tuesday night, presidential spouse Michelle Obama delivered what politicians and spectators consider to be one of the finest speeches in a political convention.  Warm and personal, Obama’s speech touched on how the Obama administration has improved the lives of many Americans even during one of the worst financial crisis the country has experienced.  While applause and accolades were offered to Obama, forex news on the USD does not leave much to celebrate.

The USD remained weak particularly as against the EUR.  Dollar indices as well as the stock market are likewise in the red with only the Dow closing the day slightly on the green.  S&P 500 indices and the NASDAQ are also on a downtrend.  Financial experts fear that an earnings recession might be in the offing owing to macroeconomic headwinds.  The lower profits specifically for the S&P 500 companies are expected to heavily impact the equity market.

Still on Obama, forex news reports indicate that Democrats favor regulation of the financial markets.  Financial analysts have come out with figures that show a historical trend of stocks soaring on a Democratic White House.  The median annual change in stocks was plotted at 12% with a Democrat president as against a YoY growth of 5% with a Republican president.  This simply runs faithful to the party’s “tax and spend” philosophy.  On an Obama re-election, the energy, real estate, finance, and energy industries are projected to be on the surge.

According to other politicians in the party with Obama, forex news was kept generally manageable with fiscal and monetary policy implemented during the Obama administration.  They further explained that the country was actually on the brink of another great depression when Obama assumed office.  It was Obama, said one politician, who stopped the bleeding.  The Democrats believe that healing takes time and giving Obama another four years in office will allow that healing to persist.

Aside from news about Obama, forex news is dominated by several big events this week and the next with the European Central Bank (ECB) meeting on Thursday, the employment update on Friday, and the 2-day Fed meeting next week.  As the ECB is already poised to reveal their economic stimulus package intended to solve the European debt situation, the Fed has not revealed any clear steps towards another Quantitative Easing (QE) package.  In this uncertainty, the financial markets are expected to remain tepid and lacklustre.

The market is looking for some clarity as to the government’s plans and is sticking to more conservative short-term trades.  Forex experts and market analysts perceive that traders will have to settle for much lower returns owing to the uncertainty in the local and global economic landscape.  Even the BRICs are currently experiencing some setbacks, further limiting the options of investors in safe haven currencies.  According to forex experts, the best strategy of traders in this scenario is to buy short-term EU debt, buy gold, and to take a short position on the EUR.