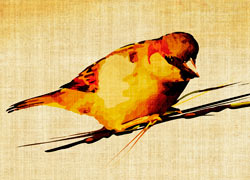 “Non, je ne regrette rien” meaning “No, I’m not sorry for anything”, is a French song composed by Charles Dumont, with lyrics by Michel Vaucaire. It was written in 1956, and is best known through its 1960 recording by Édith Piaf.

Piaf dedicated her recording of the song to the French Foreign Legion. At the time of the recording, France was engaged in a military conflict, the Algerian War (1954–1962), and the 1st REP (1st Foreign Parachute Regiment), which backed a temporary putsch of 1961 by the French military against the civilian leadership of Algeria, adopted the song when their resistance was broken. The leadership of the Regiment was arrested and tried but the non-commissioned officers, corporals and Legionnaires were assigned to other Foreign Legion formations. They left the barracks singing the song, which has now become part of the French Foreign Legion heritage and is sung when they are on parade…

France came under heavy fire on global markets Tuesday, reflecting fears that the euro zone’s second biggest economy is being sucked into a spiralling debt crisis after a warning that Paris’s failure to adapt should be “ringing alarm bells.” French 10-year bond yields have risen around 50 basis points in the last week, pushing the spread over safe haven German bonds to a euro-era high of 173 basis points. French banks are among the biggest holders of Italy’s 1.8 trillion euro public debt pile. The urgency of resolving the debt crisis was underscored by a think-tank report saying that triple-A rated France should also be “ringing euro zone alarm bells” as it could not make rapid adjustments to its economy.

France pays more than nearly every country that has a Triple A rating from all three of the major ratings agencies, except Australia, whose economy is less than half the size, and Austria, which pays the same rate. No one expects France to default, but its higher yields reflects investor concern regarding the country’s fundamentals; its overall debt and the annual budget deficit. Because the credit ratings of France and Germany underpin the eurozone stability fund (set up to tackle Europe’s debt crisis) a change in the French rating could be seismic, affecting the entire European bailout plan.

“Let’s not delude ourselves: In the markets, French debt is already not AAA,” Jacques Attali, an economist and adviser to Sarkozy, told the La Tribune newspaper recently.

The French government denounced that comment, Christian Noyer, the governor of the Banque de France, told the Le Figaro newspaper it was preposterous to think that France wouldn’t repay its debts. That, in effect, is what a rating measures; the agency’s assessment of how good a risk a country or a company is for investors. France hasn’t balanced a budget in three decades, its deficit ran 7.1 percent of its GDP last year, more than twice the legal limit of 3 percent in the 17-nation eurozone. It also pays a significant amount to help bail out other troubled eurozone members such as Greece, Portugal and Ireland.

France had a preview of the loss of the AAA rating when a mistaken alert by Standard & Poor’s informed some clients last Thursday that France had been downgraded. The agency corrected the note an hour and a half later, calling it a technical error confirming that France’s rating remained at AAA and its outlook was stable.

The speculation about France’s rating is not conjecture, Moody’s stated last month it is reviewing the country’s outlook, the part of the rating that indicates where the agency thinks the country’s economy is headed. For now, that outlook is stable, but that could change. If it does, that could also send borrowing costs up, even if the rating itself stays at AAA. Some analysts have mused that S&P’s mistake indicated the company was indeed reviewing France’s rating. France could easily take on a one-notch loss but that further downgrades could be “catastrophic.”

A study this summer by JPMorgan Chase bond strategists showed just a slight increase in lending rates when countries lose their AAA rating. Daniel Gros, the director of the Centre for European Policy Studies, predicted that a downgrade would make France’s bond yields more volatile, drawing attention daily to concerns about France’s fundamentals. He predicts a change to France’s rating in the next 12 months, and says there’s probably very little Sarkozy’s government can do about it.

“What markets are looking for is not so much action by this government, but much more signs of the necessary social cohesiveness you need” for reforms that balance budgets in the long term, Gros said.

The extra yield investors demand to hold French 10-year bonds instead of German bunds increased to as much as 191 basis points on Tuesday the most since the common European currency was started in 1999. The Spanish-German spread widened as much as 458 basis, also a euro-era high, with the Belgian-German 10-year gap reaching 318, topping 300 basis points for the first time since Bloomberg began collecting the data in 1993.

The Standard & Poor’s 500 Index added 0.5 percent to close at 1,257.81 at 4 p.m. in New York after losing as much as 0.6 percent. The euro slipped 0.8 percent to $1.3527, trimming a 1 percent drop. Italian 10-year yields topped 7 percent and rates on French, Belgian, Spanish and Austrian debt rose to euro-era records above German bunds. Ten-year U.S. Treasury yields fell one basis point to 2.05 percent after dropping seven points earlier.

The S&P 500 has rallied 14 percent from its low for the year on Oct. 3 as improving earnings and better-than-estimated economic data eased concern that Europe’s crisis will drag the world’s largest economy into a recession.

The EU’s gross domestic product increased 0.2 percent from the previous three months, when it rose at the same pace, according to EU data. That matched the median forecast of 39 economists surveyed by Bloomberg. The euro dropped 0.6 percent against the yen, with the Japanese currency appreciating against all 16 most-traded peers monitored by Bloomberg.

A survey of economists, conducted by Bloomberg, shows a median forecast of 21,000 compared to last month’s change of 17,500 for UK jobless change figures. A survey predicts the UK unemployment rate to rise to 8.2% from 8.1% previously. A Bloomberg survey of analysts shows a median prediction of 3.0% year on year for Eurozone inflation unchanged from the previous figure. The ‘core’ figure predicted was 1.6% which also remains unchanged from the figure released prior to this. Month on month the expectation was 0.3% from 0.8% previously.