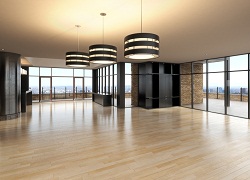 There were three key releases from the USA which overall delivered fairly mixed messages regarding the USA consumer’s appetite for risk and their overall sentiment. From the USA we received the latest Conference Consumer Confidence index print which showed an improvement month on month. Rising to 82.3 from the previous reading of 78.3 in February.

Early on in the day’s trading sessions we received and reported on the data from the UK concerning house price inflation and overall inflation, thereafter a trade body called the CBI published its usual ‘tub thumping’ recital playing up the UK’s retail scene, ignoring the fact that the critical number had fallen to 13 from the previous month’s number of 37, missing expectations of 30, once again suggesting that the UK consumer may be finding it quite tight month on month.

The Conference Board Consumer Confidence Index Rebounds in March

The Conference Board Consumer Confidence Index®, which had decreased in February, improved in March. The Index now stands at 82.3 (1985=100), up from 78.3 in February. The Present Situation Index edged down to 80.4 from 81.0, while the Expectations Index increased to 83.5 from 76.5. The monthly Consumer Confidence Survey®, based on a probability-design random sample, is conducted for The Conference Board by Nielsen, a leading global provider of information and analytics around what consumers buy and watch. The cut-off date for the preliminary results was March 14. “Consumer confidence improved in March.

Fifth District manufacturing activity remained soft in March, according to the most recent survey by the Federal Reserve Bank of Richmond. Shipments and the volume of new orders declined. Manufacturing employment remained flat, while the average workweek edged up and wages rose moderately. Manufacturers’ expectations moved back in line with January’s expectations. A participant commented that weather has “wreaked havoc” on demand for the past two months, but he anticipated that his company will be very busy once the weather improves. Compared to last month’s outlook, shipments and new orders were expected to grow.

Purchases of new homes in the U.S. fell in February to the lowest level in five months, a sign the industry may take time to pick up after inclement weather damped demand earlier in the year. Sales declined 3.3 percent to a 440,000 annualized pace, following a 455,000 rate in the prior month that was the strongest in a year, figures from the Commerce Department showed today in Washington. The median forecast of 77 economists surveyed by Bloomberg called for 445,000. Unusually frigid temperatures added to restraints including rising mortgage rates, higher property values, and a lack of supply that kept prospective buyers away.

Retail sales continue to grow but at slower pace – CBI

Retail sales grew again in the year to March, although at a slower pace, but growth next month is expected to rebound strongly. That’s according to the CBI’s latest monthly Distributive Trades Survey. The survey of 106 firms showed that sales have grown year-on-year for the fourth consecutive month. However, sales growth weakened on last month to a greater extent than expected. Sales are expected to pick up again in the year to April and if realised, this will bring the growth rate back into line with February, which was the strongest seen since the onset of the financial crisis. Grocers’ sales grew solidly, but at the slowest rate.

The 18-nation currency declined 0.1 percent to $1.3826 at late in New York time after dropping as much as 0.6 percent earlier. It touched $1.3967 on March 13th, the highest since October 2011. The euro fell 0.1 percent to 141.39 yen. Japan’s currency was little changed at 102.26 per dollar. ECB policy makers, who lowered their benchmark interest rate to 0.25 percent in November, meet next week. The euro fell against most of its 16 major counterparts as below-forecast European business data fuelled speculation that the region’s economy may struggle further to recover.

The Aussie gained 0.4 percent to 91.66 U.S. cents and reached 91.74 cents, the highest level since Nov. 26th. Australia’s dollar advanced as a measure of currency volatility was at almost the lowest level in 15 months, underpinning demand for higher-yielding assets.

The pound was little changed at $1.6515 late afternoon London time. It fell to $1.6460 yesterday, the least since Feb. 12th. Sterling strengthened 0.4 percent to 83.58 pence per euro after depreciating to 84 pence on March 19th, the weakest since Dec. 25th. Currency traders have priced in the effect of Bank of England interest-rate increases, potentially limiting the pound’s advance versus the dollar when borrowing costs do rise, according to Pacific Investment Management Co.

Sterling has appreciated 9.7 percent in the past year, the best performer among 10 developed-nation currencies tracked by Bloomberg Correlation-Weighted Indexes. The euro gained 8.1 percent and the dollar was lost 0.2 percent.

Yields on current two-year notes fell one basis point to 0.43 percent, while those on five-year securities were little changed at 1.73 percent, and those on benchmark 10-year notes added two basis points to 2.75 percent. Treasury 30-year bonds fell, widening the gap between yields on the securities and five-year notes from the least since 2009, as investors embraced a strengthening economy amid Federal Reserve stimulus withdrawal.