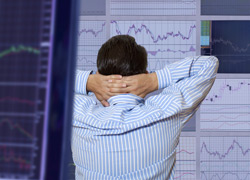 Nervous investors and traders will look for monetary policy instructions from the Fed, BoE and RBA to underpin sentiment

Feb 1 • Market Commentaries • 1415 Views • Comments Off on Nervous investors and traders will look for monetary policy instructions from the Fed, BoE and RBA to underpin sentiment

The reasons for the western market selloffs are various. In the USA excitement of the election is over, and Biden has the unenviable task of reuniting the broken States, rebuilding an economy and coping with the fallout of the COVID-19 virus which has devastated specific communities.

Market participants remain concerned that Biden, Yellen and Powell won’t turn on the fiscal and monetary stimulus taps as readily as the Trump administration to prop financial markets up.

In Europe and the UK, the pandemic has dominated the political and economic discussion over recent days. Consequently, both sterling and the euro struggled to maintain the significant gains recorded during recent weeks. EUR/USD ended the week down -0.28% and GBP/USD up 0.15%. Although Brexit has concluded, the UK economy will inevitably suffer the consequences of losing frictionless trade. The relationship remains strained, as indicated by an argument over vaccine delivery.

The UK press swung behind their government over the weekend while ignoring the facts. The EU signed agreements which certain manufacturers cannot honour. Astra Zeneca has sold its vaccine supply twice (to the UK and EU), and it gets manufactured in the UK.

Meanwhile, the UK government has banned the export of essential medicines. Therefore, AZ can’t fulfil its obligations to the EU even if it had the necessary supplies, and the pharma firm will inevitably put the UK first. If this argument spills over into other commerce areas, then repercussions from the EU are inevitable.

In contrast to equity markets, the US dollar increased compared to many of its peers last week. The DXY ended the week 0.67% up, USD/JPY up 0.92% and USD/CHF up 0.34% and up 0.97% monthly. The rise of USD versus both safe-haven currencies indicates a significant swing towards the US dollar’s positive sentiment.

The latest NFP US jobs report for January will update the labour market after seven consecutive months of job gains came to a stop in December. According to Reuters, only 30K jobs got added to the economy in January, providing proof (if necessary) that the recovery is a financial markets recovery on Wall Street while Main Street gets overlooked.

European PMIs will get spotlighted this week, especially the service PMIs for countries like the UK. The Markit services PMI for the UK is forecast to come in at 39, well below the 50 levels separating growth from contraction.

Only construction and selling houses to one another for more money keeps the UK economy from collapsing further. The UK’s latest GDP figures get announced on Feb 12, the forecasts are -2% for Q4 2020, and -6.4% year-on-year.

The BoE and RBA announce their latest interest rate decisions this week while revealing their monetary policies. GDP growth figures for the Euro Area will also be published. The estimates are -2.2% Q4 2020, and -6.0% yearly for 2020.

The earnings season continues this week with quarterly results from Alphabet (Google), Amazon, Exxon Mobil and Pfizer. If these results miss forecasts, investors and analysts might adjust their valuations.