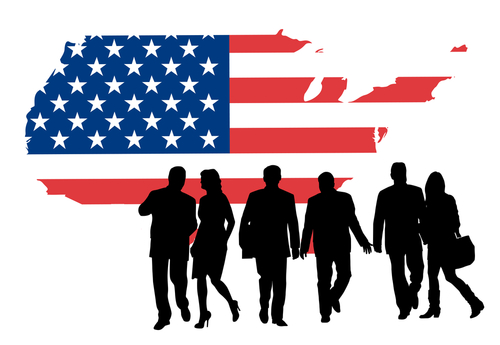 At 5 AM of August 22, Miami National Hurricane Center releases an advisory on what to expect about the most recent development on the weather system named Isaac. From being a tropical storm, it was discovered that its strength has intensified and might reach the strength of a hurricane at any point. This news has made a great impact not just to the disaster coordination but also in the fields of politics and forex news.

The projected path of the typhoon might directly affect the Republican Party Convention that is scheduled next week in Florida. Isaac has the highest probability of gathering more strength to be become a hurricane on the Leeward Islands. By the time it reaches Florida, it may be a full blow typhoon already.

According to CNN, indeed, it might be quite early to make projections on the actual path that the weather system might take at this point but the predicted path has been announced already so that everyone who might fall as potential victims can do their part when it comes to preparation. The range of predictions is within the following bounds: Gulf of Mexico down to Florida. Since it will pass by territories that are not within the United States territory, hurricane Isaac will bring more economic damage, forex news analysts say.

If ever the projection that the hurricane will land in Florida, there is a high possibility that it will significantly threat around 50 thousand members and delegates to the Tampa Republican National Convention. The political convention is set to commence on Monday next week.

At this point, the National Hurricane Center is quite busy in issuing warnings to the public regarding the current speed and sustained wind and gustiness of 45 miles per hour. It is currently moving to the west at a speed of around 18 miles per hour. The estimated time or arrival of the hurricane to the eastern part of Guadeloupe is at 8AM and that will be around 70 mile away from its location on 5 AM of the same day.

Currently, nearby locales are closely monitoring the hurricane via their own versions of hurricane watch. This was in effect at the Dominican Republic, the US Virgin Islands, and Puerto Rico. This is due to the fact that the weather system is highly likely to become stronger and more intense within the period of two full days.  The uncertainty of whether or not it will affect the Republican Convention has effects that are even beyond the political. It can have deeper effects on the stability of the dollar, especially that the elections are just around the corner, according to a reliable forex news trader.

By August 23, Thursday, the tropical storm Isaac may become a full blow hurricane Isaac. The National Hurricane Center gives close projections that Isaac will definitely be crossing Haiti and Cuba with full hurricane strength. People residing in those areas are therefore advised to take extra caution and evacuate if necessary.

The worst case scenario that should be expected, according to the standpoint of people living or residing in Tampa is the hurricane gathering more strength in the Gulf of Mexico. With that, the strength of the hurricane Isaac may reach unbelievable levels.

Worse comes to worst, if many people will be left homeless, Puerto Rican Governor Luis Fortuno offered around 433 evacuation shelters that can be occupied by affected residents. According to CNN, these shelters may be occupied even before the hurricane’s actual landfall to avoid injuries and casualties. The preparations and readiness measures somehow make it stable enough for the US dollar, despite the uncertainty in the arena of politics, according to the forex news.

Indeed, the tropical storm, which is set to become a hurricane may pose significant effects to foreign exchange trading market.