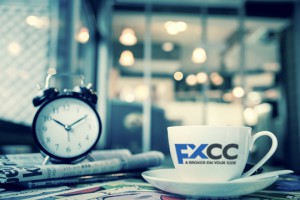 U.S.A. economy finishes the year with 3.5% annual GDP, as EUR/USD rebounds from its fourteen year low.

The final USA GDP figure of the year was published on Thursday, revealing a 3.5% annualised growth rate during the three months which ended in September, compared with the analysts’ polled estimate of 3.2%. Household purchases; with consumer spending accounting for circa 70% of the USA economy, are growing at a 3% annualised rate, stronger than the 2.8% level estimated.

Despite this improved level of GDP and the improved household purchase data, the main USA equities indices failed to breach their recent highs in thin seasonal volume of trading, as the Xmas holidays approach. Trading volume in NY was in fact 30 percent below the 30 day average. Meanwhile USA weekly jobless claims were higher than expected; coming in at 275k, versus a previous level of 257k.

In the UK the CBI (Confederation of British Industry) revealed a strong measure of private sector growth, helped by a strong performance in manufacturing, the best print in over two years. But with EU exit negotiations imminent and the pound’s drop boosting import costs, the CBI expects a “significant slowing” of the UK’s manufacturing output in 2017.

Gold once again traded near its lowest level in over 10 months. Bullion for future delivery dropped 0.3 percent to $1,130 an ounce.

The euro rose as a consequence of the Bundesbank’s Weidmann cautioning the ECB not to leave any potential hike of base interest rates too late. The single currency euro hit a one week high versus the dollar, rebounding from its close on 14 year low of $1.0350 set on Tuesday. The EUR/JPY was up 0.1 percent at 122.67.

USD/JPY was flat at 117.57 after reaching 118.66 last week, the dollar’s strongest level versus the Japanese currency since early February. USD/JPY rose to a fresh high at 117.88 after the GDP data, only to surrender the gains on the GDP income and spending data. GBP/USD fell to a fresh six week low at 1.2285, ahead of the London close.

09:30; currency effected GBP. Gross Domestic Product (YoY). The expectation is for a reading of 2.3%, no change from the previous reading.

15:00; currency effected USD. U. of Michigan Confidence (DEC). The anticipation is for no change, with a reading of 98.