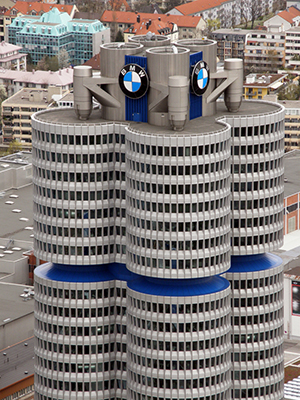 Yesterday's poor data, regarding exports and industrial growth in Germany, have been countered today with the news that BMW has posted record car sales in the first six months of the year due to strong growth in China and the US. The German car manufacturer sold 954,521 vehicles in the six months to the end of June, this is a significant increase of 6% compared with the same period a year earlier. Sales of the British marque brands – Mini and Rolls-Royce, fell 2% and 7.8% respectively.

Eurozone ministers last night agreed to extend another €2.5bn of loans to Athens this month, with a further €500m arriving in October if various corrective actions, such as civil service layoffs, are under-taken. Highlighting the eurozone's weak growth and record unemployment, the IMF urged "concerted policy actions" by all individual governments and central banks in order to end the ongoing malaise. The IMF managing director Christine Lagarde warns that the economic crisis in Europe is far from being resolved, stating that the desperate unemployment situation is a major obstacle to growth;

"Over the past year, substantial actions at both the national and euro-wide levels have been taken to combat the crisis. But despite this progress, the economic recovery remains elusive, unemployment is rising, and uncertainty is high. Additional policy measures are required to fully restore confidence, revive growth, and create jobs."

The euro strengthened 0.4 percent to 130.46 yen early in the London session. The 17-nation shared Eurozone currency gained 0.2 percent to $1.2894. The dollar rose 0.2 percent to 101.18 yen. The euro has gained 4.6 percent this year, the second-best performance among 10 developed-nation currencies tracked by Bloomberg's Correlation-Weighted Index. The dollar has risen 7.3 percent, whilst the yen is the worst performer, dropping 9.6 percent.