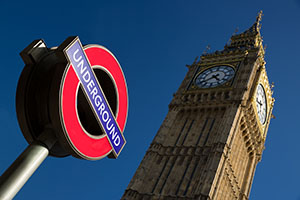 The UK balance of payments data has been published in the morning London session. The prediction was for a minus £11.9 bn deficit, but the figure came in far worse than the economists' predictions at £14.5 bn, thereby exceeding the previous month's figure by €0.9 bn. This figure represents 3.6% of UK GDP. Business investment in the UK has fallen by 1.9%, this despite various UK govt initiatives such as lending for funding. Finally the UK GDP figure was confirmed at the estimate of 0.3% growth for the quarter.

However, hidden amongst the raft of UK published data delivered by the UK's official bodies this morning, an outlier statistic will shine a light into the real issues UK citizens are facing in their 'real' economy. UK disposable income has fallen to its lowest level since 1987…

Another 'outlier' published this morning shows that the fall in the UK economy (post the economic crisis beginning in 2007/2008) was in fact far worse than originally calculated. The UK's economy is 3.9% smaller than 2007, as the peak to trough measurement from the ONS was revised to a fall of 7.2% and not the 6.3% originally calculated. It's notable that the USA, Germany and most notably France in direct comparison to the UK have since reclaimed their post slump GDP figures.

The overall assessment regarding these latest UK figures is that the UK, despite the mathematical claims that the double-dip recession never happened, is in an incredibly feeble 'recovery' and this recovery is despite (and after) the various; bank rescues, bailouts, £375 bn of quantitative easing, funding for lending schemes and a recent under-writing of mortgage lending by the govt up to a loose ceiling of £130 bn. With a budget deficit of 6.3% of GDP the UK continues to have one of the highest budget deficits in the European Union despite years of austerity measures. Only debt-ravaged Spain, Ireland, Greece and Portugal spent higher percentages of their gross domestic product (GDP) on deficit repayments in 2012.

The German unemployment figures printed in the London morning session have defied most analysts' predictions. The unemployment number fell by 12,000 to 2.94 million this after a revised improvement of 17,000 in the month of May.

Europe's finance ministers agreed new rules to contain the cost of future bank bailouts, which will see losses forced onto creditors, such as large depositers as well as bond holders and shareholders. In Brussels, ministers agreed rules ensuring that creditors are 'bailed in' to help recover the cost of future rescue deals. This will end the era of taxpayers automatically picking up the tab. This will perhaps usher in the Eurozone banking union that the UK will be isolated from.

The key aspect to the overall deal is that 8% of a failing bank's total liabilities ranked by first shareholders, then junior bondholders, then 'uninsured deposits' (over €100,000) – must be effectively 'wiped out' before any public funds can be used.

Deposits of under €100,000 will remain protected, creating a significant surety for private depositors. The overall framework agreed by EU ministers places big deposits held by large companies first in the 'firing line', before those of smaller companies and individuals.

UK indices have risen for their third day to be up 0.35% at 6192 at the time of writing. The equity indies future for the DJIA is up at 14928, once again threatening to challenge the psyche level of 15,000. The Standard & Poor's equity index future is up a similar level to the DJIA at 0.1% The STOXX 600 European index has fallen by 0.2% in the morning session and by 5.6% in June, its first monthly fall in over a year.

The euro spot is currently flat in the London mid morning session, up circa 0.06% versus the greenback. Despite breaching the daily pivot point level price failed to gain any upward momentum towards the first line of resistance. The greenback slid 0.2 percent to $1.3031 per euro at one point. It touched $1.2985 yesterday, the strongest level witnessed since June 3.

Yen fell by up to 0.3 percent versus all of its 16 major peers, paring its monthly gains, whilst Asian stocks rose. The Japanese currency weakened 0.4 percent to 98.12 per dollar in the London session. It fell 0.6 percent to 127.88 per euro.

The Aussie dollar rose 0.5 percent versus the greenback to 93.20 U.S. cents in Sydney trading session, having gained 0.9 percent in the past four sessions. It has so far lost 2.6 percent this month.