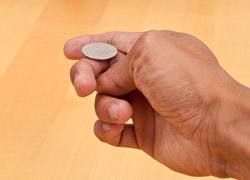 Making Head or Tail of the EUR/USD

Last week, there were quite some remarkable price moves on global market, including on the currency market. The data were only of second tier importance. It was all repositioning ahead of the key Greek elections. This vote was largely seen as a key milestone for the survival of the EMU project.

However, given the high stakes involved, the price action in most euro cross rates developed in a remarkably orderly way.

On Monday, EUR/USD traders didn’t know which card to play after EMU leaders pledged €100B support for the Spanish banking sector. The agreement was in first place a political commitment, rather than a detailed solution for the problems in the Spanish or the European banking sector.

Gains on the Asian equity markets and in EUR/USD evaporated soon. This didn’t bode well at the start of a week that was said to be key for the survival of the single currency. If the EMU plan for the Spanish banking sector had the intention to show that Europe had a strong firewall in place to stop further contagion from Greece, the plan clearly hadn’t reached its goal. EUR/USD even closed the first trading session of the week with a loss.

However, later in the week, the euro showed remarkable resilience. The headlines Greece and on Spain were far from positive, but they didn’t cause additional damage for the euro anymore. Investors were apparently positioned for quite some bad news. Even more, toward the end the week there were all kinds of rumors/headlines that the major central bankers stood ready to support markets in case of heightened market turbulence in the wake of the Greek elections. This made investors cautious to be positioned extremely short euro (or short risk). At the same time, the US data were far from impressive, too. The focus was on Europe but at the same time there was growing speculation that the Fed will be ‘forced’ to take additional action to support the economy at this week’s meeting.

This was no help for the dollar overall. The combination of a weak dollar and a cautious short-squeeze of the euro even helped EUR/USD to gain some ground going into the Greek elections.

In this weekend’s Greek elections, the pro-European ND became the biggest party in Parliament. The chances for a pro-European government are bigger now than they were at the end of last week. This is of course good news for the euro. EUR/USD regained temporary the 1.27 barrier in Asia on Monday morning. However, there was no euphoria.

European equities opened higher but soon had to return most of the early gains. EUR/USD returned to the levels from the end of last week.

In a first reaction, global investors might be happy that some kind of Armageddon has been avoided. This might be a short-term positive for risk and for the euro. However, the euro crisis is not over after the Greek elections. A new Greek government (if it could be set up in the near future) has to renegotiate a realistic and workable new aid package with Europe. This won’t be easy as most European leaders have recently indicated that they want Greece to stick to the current program. This is no (political) option, also not for the pro-EMU parties in Greece. So, markets will soon come to the conclusion that an important risk has been avoided but that several event risks as still lining up.  The outcome of the Greek elections might also temporary limit contagion risk for the likes of Spain and Italy. However, the structural issues for these countries are also not out of the way.

At the start of this week, markets will keep a close eye at the G20 meeting in Mexico. The IMF might come closer to a consensus on the reform of Fund and on a higher war chest. This is positive, but it is not yet a credible, coordinated approach to address the global/European  debt crisis yet.