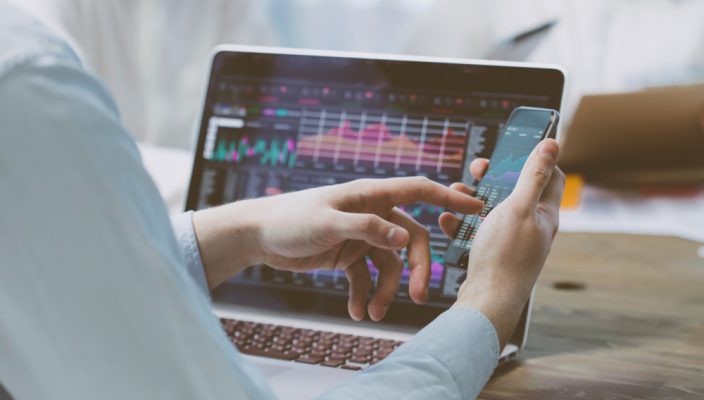 Long-term trading: how to use position holding?

Apr 17 • Forex Trading Articles • 1173 Views • Comments Off on Long-term trading: how to use position holding?

Long-term trading is also called position holding strategy, since it involves the keeping trades opened for a long time. Traders who prefer this kind of trading base their plans on macroeconomic data and long-term charts. They work in almost all markets, including Forex. Taking into account the growing popularity of this strategy, we believe that it would not hurt to disassemble, at least, its main elements. This is what we will do below.

The attractiveness of long-term trading

The key to a long-term strategy is to detect a major trend in the price of an asset (be it a currency pair, commodity, or index). Small pullbacks and price fluctuations do not bother long-term traders. They need a “big fish”, ideally a trend that will last for several months or even years.

The main attraction of a long-term strategy is that a trader practically does not need to spend time and effort on such a trade. It is only required to initially detect the trend, and after it is found, there is practically nothing to do. Of course, from time to time, a trader will check the deal and monitor possible changes, however, since ordinary market fluctuations are outside his area of ​​interest, such observations will only be episodic.

Thus, long-term trading is almost the complete opposite of day trading, where every step of the course is important and you have to monitor the deal constantly throughout the day. The intermediate link between these two strategies is swing trading – a less proactive approach than day trading, but still requires vigilance when monitoring trades, albeit for a week. In long-term trading, the number of trades per year is counted in units, while swing traders enter into hundreds, and day traders – literally thousands.

There are many ways to find long-term trades, to one degree or another suitable for traders of different levels. So, some traders buy out potentially “strong” assets while they are not yet starting to rise in price, while others prefer to make trades on those instruments where a definite trend has already begun. The second method takes much less time to analyze and is therefore very popular among long-term traders.

In general, trend detection is the main task of long-term trading, since it is a strong trend that leads a trader to profit. In some cases, a search is also carried out for a wide range in which the asset price is located. After the rate goes to the border of the range, the trader can enter into trades, since now he has several months or even years left for the price to reach the opposite border.

More often, however, they look at the breakdown of such a range. In this case, the price is like a fountain; it breaks through the levels that limit it and soars upward. In the case of long-term trends, such a breakout can also last for months or years. Triangles, “head and shoulders”, “cup with handle”, etc. can act as figures indicating the beginning of such trends.

For the successful implementation of any long-term strategy, three elements are required; a well-planned execution of a deal, how well-planned it is to close it, and a controlled level of risk. The absence of any of the elements can completely nullify all the advantages of the strategy as such. It sounds too simple, but you should complete the above three elements, and then just wait until the weekly candle closes below the 200-day or 40-week moving average. Also, when placing a trade, a stop loss should be placed, which will protect the position from unjustified risk. A good option for placing a stop loss is at least 5% of the moving average.

Limitations and risks of long-term trading

There is one serious problem with a long-term strategy that is often overlooked. Small price fluctuations can actually turn out to be a complete trend reversal, and this will lead to significant losses, especially if the trader does not look at the trade and did not set a trailing stop loss ( or no stop loss at all). On the other hand, this may be a plus without observing the transaction, the trader certainly will not make the mistake of closing it due to temporary fluctuations in the rate.

Unlike swing and day traders, where profits are constantly credited to the account, long-term traders have to wait much longer for the opportunity to withdraw funds. Therefore, getting involved in long-term trading, think in advance about whether you will need the funds that you plan to invest in the transaction.

It should also be said that with long-term trading, the account balance does not grow steadily, but is replenished only at the completion of transactions, which rarely happens, since the transactions themselves are very long. In general, this is a very slow and fundamental way of trading, but like any other, it has both advantages and disadvantages.

It is clear that there is no ideal way to trade in financial markets – everything is individual and depends on the situation and individual characteristics of the trader. Long-term trading is suitable for those who can devote only a little time to the initial analysis, and then want to do something else, leaving the transaction “to itself”. Long-term transactions can be concluded in almost any market, therefore, in terms of universality, this approach has no drawbacks. Such trades are largely based on technical analysis and macroeconomic data that can help detect current or future trends. In general, there are many advantages to long-term trading, but keep in mind if you have already decided to do it, be prepared for a long stay “in the market.”

« What is essence of technical analysis? Using VPS in Forex Trading »