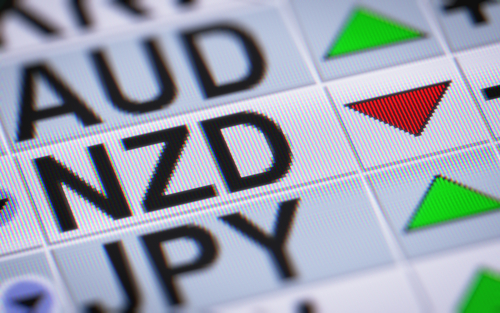 NZD/USD fell sharply in late evening trade on Wednesday, the fall continued through to Thursday’s early Sydney session, with the commodity currency pair trading down 0.30% by 9:00 am U.K. time. Unemployment in New Zealand rose from 3.9% to 4.3% in the month of January, whilst the participation rate fell. The employment change fell to 2.3% YoY.

The data series on unemployment and employment is some of the most closely watched relating to New Zealand’s economy, fears are now developing that the trade tariffs applied to China by the USA, which are contributing towards a reduction in Chinese GDP growth, may be hurting the N.Z. economy, which relies heavily on its exports to China, particularly its Dairy produce. The kiwi dollar experienced similar falls versus many other of its peers.

The U.K. Bank of England monetary policy committee will reveal its latest base rate decision at 12:00pm on Thursday, the expectation from Reuters and Bloomberg, is for the rate to be held at 0.75%. At 12:30pm Mark Carney the Governor of the BoE will chair a press conference, during which he’ll; explain the rationale behind the MPC decision, discuss the inflation report and undoubtedly move onto discussing the issue of Brexit and what ammunition the central bank could use, in the event a no deal Brexit is the outcome on March 29th. GPB/USD traded below the 1.300 handle, which it breached earlier in the week. At 1.290 the major currency pair was down 0.18% at 9:15am, now down 1.35% weekly, after gaining positive ground during January.

The impact of Brexit will no doubt be used as the principal reason why U.K. house prices crashed by 2.9% in January according to the latest Halifax house price index, a dramatic reversal from a 2.5% rise in December. The fact that the average price of a home in London is still circa £600K, where the average wage is approximately £34K, whilst close on 40% of U.K. working adults have practically zero savings, will mostly be ignored by the U.K. financial press. Irrespective of Brexit, prices in London and the S.E. of England are surely overdue a significant correction.

Prices of homes have risen by approximately 60% in the wider S.E. area since 2010, as investors chased yields not available in deposit accounts and chose property as the next safest place to park any savings they had. The U.K. FTSE 100 traded flat, as it maintained its position above the 7,100 handle at 7,178, during the early part of the London trading session. EUR/GBP traded up 0.05% at 0.872.

Prime minister May is off to Brussels today to hold talks with Jean-Claude Juncker, President of the European Commission. Most market commentators and journalists in the mainstream media are unsure of what she hopes to accomplish with the visit. The E.U. have stated the withdrawal agreement offer is not open for renegotiation, after she’s refused to rub out her red lines, such as remaining in a permanent customs union, thereby protecting elements of free trade.

The E.U. have finally (and at the right time) run out of patience with Mrs. May and the Tory party’s time wasting. Donald Tusk, the E.U. President, slated the U.K. for trying to harm the project of the European Union, which is not only a monetary and trade union, it’s also a project concerning harmony and peace.

In relation to the value of sterling; if anything tangible is accomplished in Thursday’s meeting, or her stance and that of her government becomes hardened, then the value of the U.K. pound may react in a volatile nature, particularly coming the same day as the BoE/MPC base rate decision and the monetary policy statement, is twinned with the U.K. inflation report.

European fundamental economic calendar news on Thursday morning, centred on Germany’s latest industrial production data; month on month the figure came in at -0.4%, missing the Reuters expectation of a 0.8% rise. Consequently the year on year figure fell to -3.9%. These latest metrics complete a dismal series of data, relating to the German economy, which have been published lately.

The latest German data hasn’t helped the overall economic sentiment regarding Europe and the Eurozone. The European Commission downgraded its growth forecasts on Thursday morning. They now expect the Eurozone to grow 1.3% this year, down from a previous forecast of 1.9%. They also cut the 2020 growth forecast to 1.6%, from 1.7%. Commissioner Pierre Moscovici is blaming the US-China trade war, the associated tariffs and general trading and economic weakness within Europe, on the reduction of their projection. Shortly after the commission’s report, at 10:15am U.K. time, EUR/USD fell through the first level of support S1, threatening to breach S2, trading at 1.133, down 0.20%.

« The Brexit dialogue between the E.U. and U.K. takes an unexpected turn, the U.S. trade deficit for November beats forecast, as the country becomes a net exporter of energy After you’ve discovered what you think is your trading edge, you then need to sharpen up that edge. »