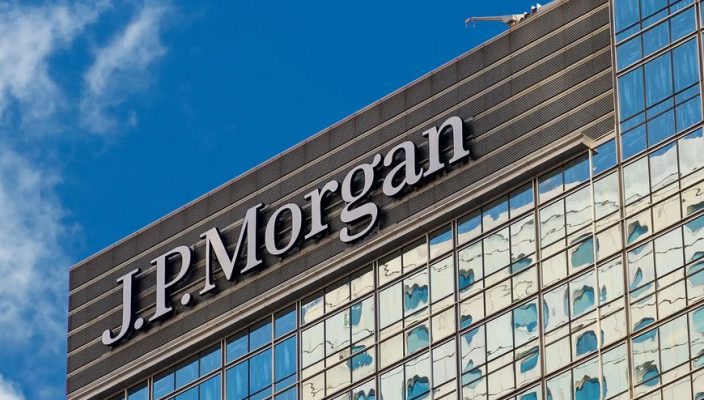 May 26 • Top News • 78 Views • Comments Off on JP Morgan: Bitcoin to Post Strong Rally, Come out as Alternate Asset

Bitcoin’s volatility versus gold eased marginally, suggesting a “fair value” of $38,000 for the cryptocurrency and implying “significant upside potential for digital assets,” according to a research note by JP Morgan’s team of strategists published Wednesday at the Led by Nicholas Panigirtzoglou.

Bitcoin was trading at around $29,700 on Wednesday. The token fell sharply over the past month as demand for technology investments weakened in response to higher interest rates and deteriorating macroeconomic forecasts, with looming signs of a potential US recession.

Cryptocurrency markets were also hit by the collapse of the TerraUSD stablecoin. This so-called algorithmic stablecoin recently lost its dollar peg and wiped out billions of dollars worth of tokens. Algorithmic stablecoins typically attempt to maintain a dollar peg through arbitrage mechanisms with other tokens rather than providing reserve assets on a one-to-one basis.

The collapse of TerraUSD appears to have spurred selling in other areas of the cryptocurrency market, including trading and lending on decentralized finance networks. Exchange-traded funds holding bitcoin futures have also seen the biggest outflow of investment dollars since the May-June 2021 drop.

Despite the cryptocurrency’s weakness now looks more attractive as an alternative investment than real estate, according to Panigirtzoglou, who says real estate valuations may still not fully reflect the impact of higher interest rates.

At the same time, the selling pressure could go too far. Bitcoin and Ethereum futures are “approaching the oversold zone,” writes Panigirtzoglou. Traders are also investing in stablecoins and switching to cryptocurrencies, which could also be a bullish signal.

One of Silicon Valley’s largest venture capital firms, a16z, announced on Wednesday that it had raised a new $4.5 billion crypto fund, bringing total investment in the crypto sector to $7.6 billion – an increase in dollars.

Venture capital funding could be crucial in helping the industry avoid another “crypto winter,” said Panigirtzoglou. From late 2017 to late 2020, Bitcoin plummeted more than 80% and took three years to recover to its previous peak.

In a report published on Wednesday, the ECB said that crypto-asset markets now make up less than 1% of the global financial system. That’s not trivial, and despite the recent downturn, the market is now similar in size to “subprime securitized mortgage markets.”” this caused the global financial crisis of 2007-2008.”

“If the current growth trajectory in terms of size and complexity of the crypto-asset ecosystem continues, and if financial institutions increasingly adopt crypto assets, then crypto assets will risk financial stability,” the ECB concluded.

ECB President Christine Lagarde also warned of the risks of cryptocurrencies and said in an interview in Davos:

“My personal assessment is that these (crypto assets) are worth nothing.” She called for stronger regulation to protect investors.

« Why are Pending Orders so Crucial in Forex? Why is a Trading Plan Important? »