Is the trend still your friend? Trend prediction for the week beginning July 21st 2013

Jul 22 • Forex Trading Articles • 3323 Views • Comments Off on Is the trend still your friend? Trend prediction for the week beginning July 21st 2013 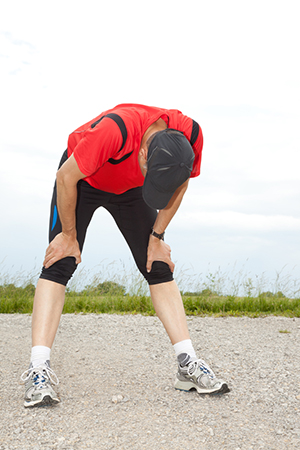 .The liquidity squeeze of China and the slowing of the world's second largest  economy.

The market consensus, after Ben Bernanke gave his two days of testimony in front of various facets of the USA government last week, appeared to be no change to his previous week's FOMC statements – monetary easing will be aggressively pursued until the original 6.5% unemployment target (stated at the outset of the latest rounds of monetary easing)  is finally reached.

Given that this will take the creation of approximately two million new jobs and take USA unemployment to pre Great Recession levels, the markets have translated this as  potentially 18-24 months of further $85 billion quantitative easing/monetary stimulus, or until such time as the Fed announces tapering of the stimulus. The longer the tapering issue lingers, the more likely that the market correction will be sudden, as opposed to a gentle deflating of the current record levels witnessed by the DJIA and S&P 500. Just how sudden and by what percentage the main indices will fall is impossible to predict, but the closer we arrive to a tapering decision the greater the speculation will be. The Fed's massive portfolio/balance sheet now exceeds $3 trillion, the longer the policy lasts, the more likely it will end unhappily…

Savers, especially pensioners struggling to live on income from their investments, are  cornered for safe options. They've been forced into equities/stocks, which is one reason the market has been rising parabolically. With borrowing costs low, Congress and the White House have less incentive to rein in the national debt, whilst ZIRP has distorted markets.

There are currently no definitive visions as to how the Fed plans to unload parts of  their $3 trillion assets. As it does finally sell off the value of all bonds could plunge, wiping out the very marginal returns bond investors are receiving. The longer the Fed's easy-money policies continue, the greater the risk they're terminally distorting markets, creating new bubbles and setting the USA (and in turn the global economy) up for another crisis fall.

The first minutes of the UK Bank of England's monetary policy committee, after new governor Mark Carney took over the reins as the governor, were revealed last week. The post minutes' analysis suggested that fresh monetary stimulus is currently off the table. Similarly any adjustment to the current 0.5% base interest rate appears unlikely unless the UK begins to slip back into recession. Despite many analysts believing that Carney will begin an inevitable dove-tailing of policy with the USA, the overall message appeared to be one of controlled and systematic decision making, albeit proactive versus reactive. The effect on cable was predictable…

U.S. oil began its recent parabolic trend on June 25th. Oil breached $109 per barrel during last week's sessions and threatened to reach $110 per barrel. Heightened tensions regarding the situation in Egypt, putting pressure on the Suez canal and the SUMED's pipeline to continue unbroken supply. Unbroken supply questions affected sentiment as did many domestic questions in relation to current reserves in the USA. The last comparative weekly high was last witnessed in March 2012. The most commonly used indicators to plot swing trends are still reading positive regarding a continual upward momentum. However, a swing in sentiment as a result of geo political solutions being reached could cause a sell off in oil, as could further proof that the USA is genuinely in a position to become energy independent. PSAR, MACD, DMI, Bollinger bands, Heikin Ashi bars, stochastics are all positive. It must be taken on board that as a commodity oil often takes violent swings, therefore it would be advisable for traders (who have been long oil since the trend developed from late June) to manage their trailing stops effectively.

Despite the bullish optimism gold has yet to trigger the full compliment of trend indicators, suggesting that many speculators and investors remain unconvinced with regards to the bullish momentum. Indeed several of the trend indicators on adjusted settings are indicating that this secular bullish movement may be exhausted. The stochastics are in the oversold zone, the DMI is yet to become positive, despite making higher lows on the adjusted 20 setting. The RSI has crossed the median level to be reading 55.3 whilst the upper Bollinger band has been breached. Overall gold appears primed for a break out. As to whether or not this will be to the upside is extremely difficult to predict. Therefore traders would be advised to remain vigilant if they're currently long gold by managing their stops and expectations.