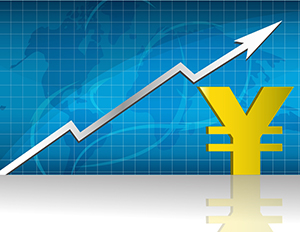 If last week's high impact news events centered around the publication of the Markit Economics PMIs for services, then this week's fundamental high impact news is heavily geared towards the publication of Markit's manufacturing PMIs due on Thursday. Market analysts and commentators will be looking for any evidence (from those businesses polled) that the bedrock of economic performance – manufacturing, is firing on all cylinders…

Several times during the week BOJ officials will opine on the state of Japan's economy beginning with Kuroda on Monday. Pending home sales in the USA could provide a key moment for the markets on Monday given that the prediction is for a fall from 6.7% positive to 1.1% negative. Building approvals in Australia and the RBA governor speaking from Australia could impact the value and trajectory of the Aussie currency.

Tuesday's high impact news concentrates on USA consumer confidence, Japan's PMI for manufacturing and the New Zealand business confidence. Wednesday sees the publication of Canada's GDP (month on month) and the quarterly publication of the USA print on GDP. The prediction is for GDP to rise in the USA from -1.8% to positive 1.1%. Later that day the FOMC statement is published, if hawkish then the dollar could reverse trend.

Late Wednesday evening, early Thursday morning we receive the first of the major PMIs rating as high impact news events. China's PMI starts the manufacturing publication series. As the London session develops the PMIs for Europe will be printed, the most relevant of which (in terms of market impact) will be the UK's. the UK's BoE/MPC will publish their latest reasoning on decisions for their asset purchase programme (quantitative easing) and the base rate decision, neither policy is expected to alter. Thursday also sees the publication of the minimum bid rate for Europe (interest rate) and the ECB press conference stating the rationale behind the decision.

GBP/USD has continued a similar trend pattern to that of EUR/USD over recent weeks. Similar to EUR/USD the most commonly used trend indicators are bullis h. From a fundamental perspective, unless there is a major policy shift courtesy of the UK's BoE and MPC, then it's perhaps reckless to take any trades opposing the current trend. Traders who swing trade would be advised to stay long this security until which time certain indicators reverse trend and turn bearish. Typically PSAR going above price could be considered a reason to close and wait to short this popular currency pair.

USD/JPY has been a difficult trend trade since the pair arguably reversed trend on or around July 10th, given how inconclusive the pair's behaviour has been many trend traders may have (so far) sat the short trading opportunity out. However, sentiment versus yen reversed last week and traders became more bullish with regards to yen. After inconclusive days in the early part of the week's trading sessions yen began to rise versus many of its most traded peers towards the end of last week's trading sessions. PSAR is above price, the MACD is negative; printing lower lows, as is the DMI even on an adjusted setting of 20 to filter out 'noise'. RSI is below the median line printing at 43.40, whilst stochastics are bearish despite there being a gap between current direction and the oversold territory. Using Heikin Ashi candles the most recent candles are closed with small downward shadows suggesting that this sell off has more momentum. Traders would be advised to stay with this bearish position until all or several of the most commonly used indicators turn bearish.

AUS/USD has proved to be a difficult trend trade of late particularly given China's poorer data affecting Australia's export driven economy. The Aussie has fallen hard versus yen, but maintained a sense of stability versus USD. There are tentative signs that the Aussie may have been oversold versus USD and the daily charts are displaying as much. However, the chart evidence is extremely inconclusive; RSI is below 59, the MACD is positive but failing to make higher highs, the DMI on a twenty setting is still negative. The last Heikin Ashi candles have also been inconclusive. Traders should exercise caution where this security is concerned. If traders are long they'd be advised to look for several bearish indications before altering any trend trade.

The DJIA is displaying all the tendencies of a security that has exhausted its current technical momentum move. Price has failed to make higher highs during the majority of last week's trading sessions. PSAR is now above price, the stochastics are in the overbought zone and have crossed and begun to reverse direction, whilst the MACD is close to printing negative using the histogram as a guide. Traders may wish to wait for more indicator confirmation before shorting this index; such as the RSI breaching the 50 level and the DMI histogram becoming negative on an adjusted setting of 20. The sentiment with regards to the DJIA will be sensitive towards the various fundamental high impact events due to be published during this trading week.

In our last week's trend analysis we advised of caution when trading spot gold. Despite displaying many bullish tendencies we advised that traders would be best served by waiting for a full compliment of indications before committing to a long gold trade. In terms of trend trading this secular bullish rally in gold looks to have reached the point of exhaustion. Having reached a three week high the emergence of daily dojis during recent sessions indicates that the security may have reached a threshold. However, a break out to the upside cannot be ruled out, especially when considering the volume of high impact news events which could disappoint causing a corresponding flight to gold as a safe haven. Traders long spot gold would be advised to look for a reversal of many of the commonly used indications before changing trend direction.