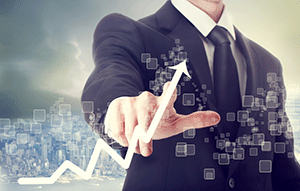 Is The Trend Still Your Friend? A Week Is a Long Time In Forex Trading…

Jun 25 • Forex Trading Articles • 2428 Views • Comments Off on Is The Trend Still Your Friend? A Week Is a Long Time In Forex Trading…

As always, when we experience a seismic shift in sentiment in the FX market, it always looks so obvious in hindsight. Before we begin to concentrate on what may, or may not be new trends that have developed on our major currency pairs and commodity pairs since the fall out of the FOMC meeting of last week, we'd like to cast a weary eye over to some of the exotic currencies which have made some stunning moves in recent days…

Armageddon isn't confined to the USA, the Eurozone and the UK.

Occasionally we get to see behind Ben Bernanke's Wizard Of Oz curtain and on a humane level you have to have sympathy for the man given that he's currently the financial equivalent of Atlas holding up, not just the USA economy, but as he proved this week if Atlas shrugs the after shocks could be immediate and cataclysmic. The unlimited QE programme that the USA Federal Reserve embarked on might have had huge and dubious 'benefits' for the prices of equities worldwide, but we experienced a sneak preview of what unintended consequences could occur when (and it's not an 'if') the Fed finally switches of the financial life support mechanism and it isn't going to be pretty….

A return to the traditional risk on-risk off paradigm returned with avengeance last week; as indices fell there was an immediate correlated return to the dollar as a safe haven asset. Versus yen, euro, Canadian dollar and sterling the dollar 'enjoyed' a marked secular rally.

Cable suffered a significant fall post the FOMC meeting having breached the 200 simple moving average for several days in the previous week. Looking at the daily time frame the conditions still favour the bears; most of the commonly used indicators for plotting swing trends are bearish; the PSAR is above price, the MACD is printing lower lows as is the DMI. Looking at the price action (using Heikin Ashi candles) we didn't experience the classic doji on the daily chart, this reversal was more violent – an open candle with an extended downward tail. It is impossible to create justification for a long trend trade whilst the current conditions exist.

Turning our attention to EUR/USD we witnessed a new perfect doji using H.A. candles on the 19th of June. However, rather than indicating classic indecision the reversal was as sudden as that experienced in cable. The following days until the week's end saw the currency pair push through support each day to breach S2 on the 21st. Similar to cable and using the same basic indicator set MACD, the DMI and PSAR all exhibit bearish tendencies. As with cable it's impossible to justify a long trend trade based on the current graphical evidence displayed on the charts underpinned by the lack of confidence in the markets since the FOMC announcements and statements.

« Between The Lines, Morning Roll Call A Week Is a Long Time In Forex Trading… »