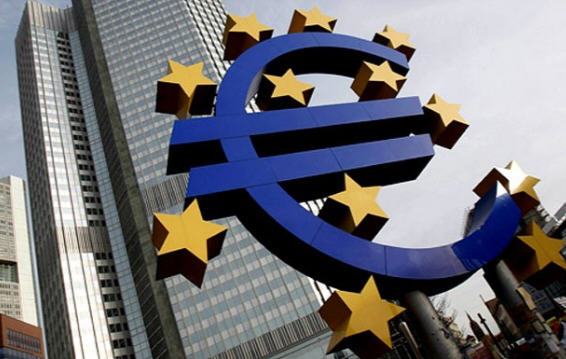 Investors will monitor the Eurozone sentiment figures, Swiss CPI and Germany’s factory orders, for reasons to bid up the euro and European equity markets.

Jan 8 • Uncategorized • 1805 Views • Comments Off on Investors will monitor the Eurozone sentiment figures, Swiss CPI and Germany’s factory orders, for reasons to bid up the euro and European equity markets.

Last week ended with the publication of disappointing NFP jobs numbers from the USA; coming in at 148k, versus expectations of circa 190k. A peculiar number suggesting that retailers, working on ever tightening margins, laid off employees earlier than expected during the Xmas season. The unemployment rate remained unchanged at 4.1%, whilst the underemployment rate, which some analysts cite as the more relevant and true reflection of the USA unemployment situation, crept up to 8.1%.

Another metric which rose, which appears to be dismissed as irrelevant despite it being classed as “hard data”, was the balance of trade deficit; coming in at -$50.5 per month for November, projecting a circa -$600b yearly deficit. There was positive data concerning the USA released on Friday, in the form of durable goods and factory orders for November, however, the highly respected ISM manufacturing and services composite reading missed target and fell from 57.4 to 55.6. The latest consumer credit figures for November are released on Monday, previously at $20.5b for October, the prediction is for a fall to $17.8b which could indicate that consumers in the USA are struggling to want, need, or can’t raise further credit.

Despite the poor jobs numbers and the ever increasing trade deficit, the main equity markets in the USA continued their third day of gains. It would appear that very little will effect the current risk on mood, perhaps only an outlier or a bout of profit taking, will knock equity markets from their current trend and direction. Versus its main peers; yen, euro and sterling, the NFP numbers made little impact to the U.S. dollar. The dollar index fell by circa 0.1% on Friday, capping of a fourth weekly loss in series.

The Canadian dollar experienced significant gains at the end of the week based on extremely encouraging job numbers, unemployment fell to 5.7% in December from 5.9%, with 78.6k jobs added, versus the forecast of 2k. USD/CAD crashed through S3, to end the day down circa 0.8% at the close. Gold fell marginally to circa 1318, but still ended up on the week.

Encouraging news continued from the Eurozone; Germany’s retail sales bounced back in December, rising by 4.4% in November and this is before the seasonal surge excepted to impact December’s numbers. Germany’s construction PMI and the retail PMIs for: France, Italy and Germany also painted an encouraging backdrop of economic performance for the single bloc trading zone. The excellent German results may be bolstered by factory orders rising to 7.8% YoY up to December. The latest (December) Eurozone retail figures are published on Monday, the forecast is for a rise to 1.3% in November, from a fall of 1.1%, which should increase the YoY growth figure to 2.4%.

So far in 2018, European equity markets have enjoyed a global contagion of optimism, which has propelled many markets to record or recent highs; the DAX, CAC and FTSE rose strongly last week. Despite a relatively quiet day on Monday January 8th for significant economic calendar news, the releases of a cluster of confidence metrics for the Eurozone may indicate how strong sentiment is in sectors such as: consumer, business, industrial and services.

With the exception of a rise versus the U.S. dollar, the Swiss franc experienced a falling week up to Friday, the theories for the fall involved a rejection of safe haven currency positions, as opposed to any particular negative economic news regarding the country. With CPI inflation in Switzerland expected to remain at 0.8% and come in at -0.1% for December, the franc may come into sharp focus during the Monday morning European session.

Wider European news on Friday concerned falling U.K. car sales numbers, which the financial press in Britain always appear to become over excited over. New car sales registrations have fallen by 14.4% YoY up to December, but the actual total still represented one of the four highest readings during the past decade. The various reasons/excuses for a sales fall were Brexit and the emissions scandal involving diesel powered cars. Few market commentators pointed to another, perhaps more obvious reason; many recent buyers are stuck in their three – four year finance deals and new prospects are unable, or unwilling to take on more credit.