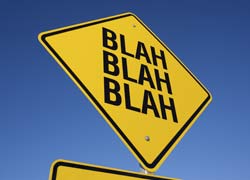 The April FOMC statement differed only in a few, mostly unimportant details from the March one and contained no hint whatsoever of a change in policy.

The Committee was slightly more optimistic on the economic outlook and was marginally more attentive to inflation, but at the same time upped its guard about the downside risks to growth due to financial strains.

The changes to the current economic situation were minimal. Interestingly, the interest rate projections were more hawkish, but didn’t affect the FOMC rate guidance. Bernanke left the door for more QE open, but showed no bias towards the issue. Further developments should decide if more QE is needed.

Regarding the policy stance, no changes occurred and paragraph 3, 4 and 5 of the statement were identical to the March one. The Fed keeps its target rate for the Federal  Funds rate at 0 to ¼ percent and still anticipates that economic conditions are likely to warrant exceptionally low levels for the federal funds rates at least through late 2014.

It rolls over maturing Treasury securities at auction. Finally, regarding the voting, just as in January and March, Richmond Fed Lacker dissented on the forward looking guidance (late 2014).

The FOMC as before said the economy was expanding moderately. It recognized the improvement in the labor market, but added that the unemployment rate remains elevated. For the first time they added:

despite some signs of improvement

The FOMC continues to expect growth to remain moderate over the coming quarters, but now they added “…and then to pick up gradually”. However, financial tensions got slightly more weight as a downside risk to growth.  Instead of “inflation has been subdued in recent months”, the FOMC now said “inflation has picked up somewhat”, but because of higher energy costs.

The FOMC also added that it expects these increases to affect inflation only temporarily. The conclusion on inflation was unchanged:

Concluding, collectively, the FOMC governors were modestly more optimistic about near term growth and unemployment and slightly more pessimistic on inflation.

However, these 2012 revisions were in fact largely offset by some downward revision of their 2013/14 growth projections.