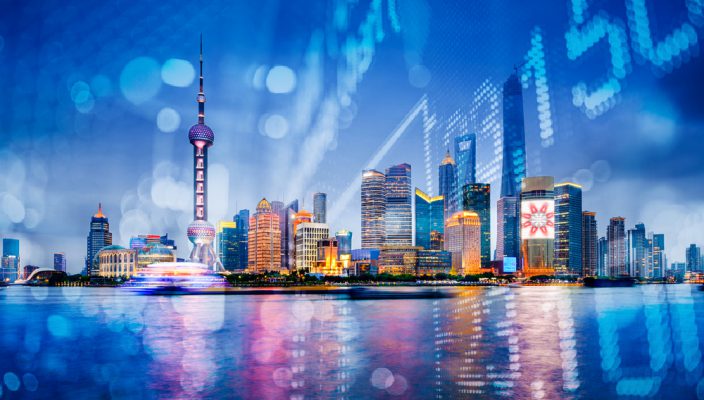 Inflation rises in China, raising hopes that growth may be recovering, U.K. gets another Brexit extension.

Apr 11 • Forex Trading Articles, Market Commentaries • 3020 Views • Comments Off on Inflation rises in China, raising hopes that growth may be recovering, U.K. gets another Brexit extension.

China’s year on year CPI figure came in right on forecast, at 2.3% up to March, rising from 1.5% in February. Analysts immediately began to ponder if the globe’s second largest economy, might be entering a recovery mode, after its most recent GDP figures have indicated a slowdown in growth. That reduction in commerce, could be related more to the China-USA tariff driven trade war, as opposed to an organic slowdown.

The rise in inflation wasn’t across the board; high ticket priced consumer durable goods, still fell in price, but with central bank lending, stimulated by monetary policy and the Chinese government applying fiscal policy stimulus, by way tax cuts of up to $300b, optimism is emerging that if a trade deal compromise is reached with the USA, then China may undergo a recovery, if both forms of financial stimulus work. The domestic Chinese indices failed to rise based on the inflation data; the Shanghai Composite index closed down -1,60% and the CSI down -2.16%, whilst at 8:00am U.K. time, USD/CNY traded close to flat at 6.72, up 0.16% monthly.

On Wednesday evening, The European Council agreed to extend the U.K. exit until at the latest October 31st, with the option to exit earlier, possibly on June 30th, if Theresa May the U.K. prime minister, manages to have her withdrawal deal passed through Parliament by that data. Whilst proclaiming the agreement as a diplomatic compromise, aimed at preserving the smooth running of trade between the U.K. and E.U. many political commentators immediately criticised the agreement as a fudge. It could allow the U.K. government to simply waste more time, without making positive efforts to organise a managed withdrawal. Suspicions emerged that in six months time, the remaining 27 E.U. countries will be back at the table in Brussels once again, to grant another extension, after the U.K. Parliament fails to make further progress.

GBP/USD traded down -0.04% at 8:00am, at 1.308, the major pair often referred to as “cable”, traded in a tight range during the Sydney-Asian session, as FX markets absorbed the Brexit developments, the major pair is maintaining its position above the 200 DMA, sited at 1.279. EUR/GBP traded up 0.16% at 0.862, trading above the daily pivot point, whilst price action displayed no directional bias. The U.K. FTSE 100 traded down -0.25% shortly after the 8:00am market open, whilst the German DAX index traded close to flat and the French CAC up 0.39%. At 8:30am U.K. time, EUR/USD traded in a tight range, above the daily pivot point, whilst displaying no directional bias, up 0.10% 1.128. The euro rose versus several of its peers in the early part of the London-European trading session, registering gains versus: NZD, AUD, JPY and CAD.

On Wednesday evening, the FOMC released its latest minutes, relating to the last committee meeting held in March. The minutes contained no surprises and appeared to suggest that the current dovish policy for the USA economy, which began to develop early 2019, will be maintained. Previous discussions; regarding when the FOMC/Fed would raise interest rates, in an attempt to normalise the key rate to perhaps 3.5% by the end of 2019, have now disappeared from the FOMC lexicon. There is little expectation for any interest rate rises in 2019. The main USA indices closed up on Wednesday, whilst at 8:45am U.K. time, the futures markets for USA indices were indicating a flat open for the New York session. The main economic calendar data relating to the USA, scheduled for publication on Wednesday afternoon at 13:30pm U.K. time, includes the latest weekly and continuous unemployment claims. The Reuters forecast is for a modest rise in both metrics.

« U.K. gets its Brexit extension, ECB’s Draghi delivers a dovish statement, FOMC continues to adopt a “wait and see” monetary policy. If you’re planning to quit retail FX trading, you might want to read this article before you finally give up. »