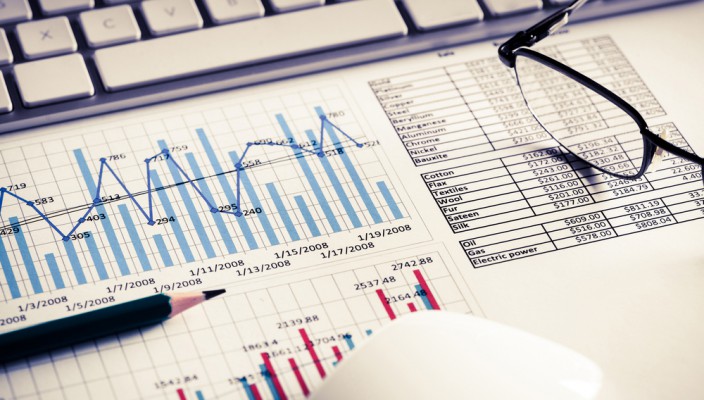 This week is an excellent example of an economic calendar news week, as it represents one of the busiest in any given month for economic news. We have various MarkitEconomic’s PMIs, interest rate decisions, unemployment data, and GDP releases.

The PMIs aren’t noted for their ability to move markets, generally ranking as low to medium impact events. But if the readings either miss, or beat the forecasts by some distance, then price can often react violently. Data missing or beating any economic forecasts, can offer up some terrific opportunities for profitable trading. However, as with many aspects of trading, it’s never simple or straightforward, but there are methods available to us which will allow us to simplify what we refer to as “news trading”.

“Don’t trade the news, trade the reaction to the news” is a common phrase we’ll come across early on. The phrase is both a suggestion and instruction not to attempt to predict (and therefore trade) the outcome of a high impact news event, instead we look to trade the market reaction to the news. How to avoid the various traps and common mistakes relevant to any form of news trading, is a unique and subtle skill, but with careful preparation and execution, it’s a skill we can begin to master.

We’re going to suggest a simple exercise for traders to experiment with before implementation. It involves: research, back testing and potentially forward testing. The exercise requires observing one of our most prominent high impact news events, often referred to as “NFP day”; the first Friday of each calendar month, when the Non-Farm payroll data is published in the USA, by the official bureau of labor statistics (BLS).

The release is always highlighted as a “high impact” news event, suggesting that it has the potential to move our markets if the published reading either beat, or miss the consensus forecast.

There’s two distinct opportunities to trade the NFP news release; we either attempt to anticipate the number published, by perhaps placing an order through our platform into the market, or wait until the news is released and then attempt to trade the news release. Both methods are extremely tricky to execute, for the following reasons, firstly; the traditionally increased activity (immediately as the release is published), can result in poor fills and slippage if you’re a manual trader. Secondly; where you’ll actually place your order into the market (if you prefer automation), is impossible to calculate, however close to the release time you actually place your order.

There is a third way, a compromise allowing us to manually trade a high impact news event in as efficient a manner as possible. It requires patience, calmness and involves waiting, until our incredibly fast moving forex market has digested and absorbed the high impact news.

Research and back testing

Research and back testing suggests that the currency pairs most sensitive to the NFP release (the majors), continue the direction observed immediately after the release, for the remainder of the trading session. For example, if the forecast was for 100k jobs created in March, but the figure comes in as an extremely bullish 250k, then the dollar is likely to rise and this momentum generally continues during the trading session. Now it’s important to stress here that we’re using the word “generally” with advised caution, most of us fully realize there are no guarantees in our business, there’s always exceptions to any rule. However, if we back test this theory then we’ll find it to be consistent.

However, we’re dealing with probabilities in our industry and back testing should reveal that (in all probability), the direction price moves after a high impact news event data is published, and stays intact. And as many of us will testify; trading with trend, even if that trend is a daily trend developed through a news release, limits our chances of losses dramatically.