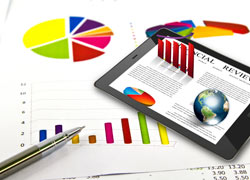 How important is economic data for Forex traders?

May 31 • Forex Trading Articles • 841 Views • Comments Off on How important is economic data for Forex traders?

Economic theories can describe the long-term prospects for a change in the exchange rate of currencies. Still, in the short run, if you are interested in the dynamics of a day or a week, then economic indicators have a much greater impact.

We often hear that the largest companies in the world are actually countries, and their currencies are essentially the same as stocks. Economic data such as the latest Gross Domestic Product (GDP) is often thought of as a company’s earnings. As quarterly reports and current events affect a company’s stock price, news about the situation in a country can have a serious impact on the dynamics of the rate of its national currency.

Changes in interest rates, inflation, unemployment, consumer confidence, GDP, political stability, etc., can lead to huge gains or losses, depending on the nature of the event and the current state of affairs in the country. There is a lot of economic news published every day, but only a few of them should be paid special attention to by the currency trader. Listed below are the economic indicators that are generally considered to have the most significant impact on the foreign exchange market regardless of which country the news comes from.

Most countries publish employment data. In the United States, this figure is called “nonfarm employment” and is issued by the Bureau of Labor Statistics on the first Friday of the month. Generally, an increase in the number of employees indicates a prosperous national economy, and an increase in unemployment indicates a possible economic recession. Suppose a country has recently experienced a severe economic crisis. In that case, a rise in employment will be a sign of an economic recovery, and such news could lead to the appreciation of the national currency.

Interest rates play a significant role in the forex market. Of greatest importance to market participants change in the refinancing rate made by the central bank, which regulates the country’s monetary policy.

In most countries, the rate is set by a group of senior central bank officials and can be called differently. For example, the European Central Bank has the governing council, and the Bank of England has the monetary policy committee. In the United States, the Federal Open Market Committee determines the interest on loans provided by the Treasury to commercial banks. Its members meet eight times a year to decide whether to raise the refinancing rate, lower it, or keep it unchanged. Each meeting of this committee, along with the publication of the minutes, is of great importance for the players in the foreign exchange market.

Inflation data helps to estimate the rise or fall of the price level over a certain period. Since there are so many different goods and services globally, a consumer basket is used to measure changes in price levels. This is a list of various goods and services, the prices of which are monitored by the country’s statistical office. Rising prices are a sign of inflation, which often leads to a depreciation of the national currency.

« What are the criteria of the best forex trading strategy? Why is price action important for traders? »