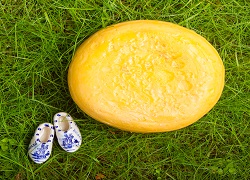 It’s been some time since we’ve started this column with reference to rating agencies downgrading a nation’s credit worthiness, S&P have downgraded one of Europe’s largest economies this morning and immediately the microphones were metaphorically placed under the nose of the Dutch finance minister Jeroen Dijsselbloem to ask his reaction…

This is the member of the Eurogroup who has at every turn suggested inflicting severe austerity measures on the European nations that required to be bailed out. Therefore there’ll be attention focused on the suggestions he has for the Netherlands (Holland) to escape its current situation.

Holland has so far flown under the radar, the economic mess it’s in has been largely ignored by the mainstream financial media, but this downgrade has shone a light into its failings.

I don’t have an emotional response. I take these ratings seriously because the market takes them seriously. It just confirms the need for us to push forward some of these reforms so that we can get bigger and better growth figures. I’m disappointed by that fact, but I take it seriously because these are serious agencies which are taken seriously by the markets.

One of the Netherlands’ many problems is negative equity in the housing sector after it suffered a housing crash. One in four houses is worth less than the mortgages taken out to pay for them. This left the banks with bad loans and prevented people moving house; hurting the economy and slowing its exit from recession. Consumer spending is sliding; retail sales slumping by 6.1% year-on-year in September.

We do not anticipate that real economic output will surpass 2008 levels before 2017, and believe that the strong contribution of net exports to growth has not been enough to offset a weak domestic economy The downgrade reflects our opinion that The Netherlands

’ growth prospects are now weaker than we had previously anticipated, and the real GDP per capita trend growth rate is persistently lower than that of peers.

The president of Cyprus, Nicos Anastasiades, has welcomed S&P’s decision to upgrade his country’s credit rating.

He tweeted that the upgrade is the result of the “consistent and decisive policy” that his government has followed since accepting a €10bn bailout programme that included tough capital controls – restricting how much money people can take out of the bank. Anastasiades added that the upgrade should help rebuild confidence in Cyprus’s economy, and pledged to maintain disciplined and prudent policies to tackle the challenges ahead.

S&P upgraded Cyprus, though, from CCC+ to B-. It said that the risk of default has eased since the country slumped into an IMF-led bailout this spring.

The stable outlook reflects our view of the implementation risks that remain as the end of the three-year European Commission, International Monetary Fund, and European Central Bank program approaches, balanced against the upside potential we see coming from Cyprus’ economy.

UK house prices rose by 0.6% in November taking the annual rate of increase to 6.5%, the strongest pace since July 2010, though prices are still around 6% below the all-time high recorded in late 2007. “Activity in the housing market has picked up strongly in recent months. The number of mortgage approvals for house purchase reached 66,735 in September, 34% higher than the same period of 2012. A large part of the improvement can be attributed to further improvements in the labour market and the brighter economic outlook, which has helped to bolster sentiment amongst potential buyers.

Japan is winning its deflation fight; the latest consumer price inflation figures showing the highest reading since the country slipped into deflation 15 years ago. Core consumer price index inflation, which excludes fresh food but includes energy, hit 0.9 per cent in October, up from 0.7 per cent the previous month and in line with economists’ expectations. Excluding both fresh food and energy, it reached 0.3 per cent, the highest reading since 1998, indicating that rising energy costs alone were not the single factor in inflationary pressure.

Business conditions improved sharply at Japanese manufacturers in November, led by strong demand in both domestic and foreign markets. Output grew at the fastest pace in 50 months, whilst new orders rose at the sharpest rate since February 2006. New business from abroad expanded at a similarly sharp pace, aided by both a weak yen and growth recovery in foreign markets. Meanwhile, reflective of strong output and new order growth, employment expanded at a sharper rate. The headline seasonally adjusted Markit/JMMA Purchasing Managers’ IndexTM (PMITM), a composite indicator designed to provide a single figure snapshot of the performance of the manufacturing economy, posted at 55.1 in November, up from 54.2 in October. This signalled the strongest improvement in operating conditions in the Japanese manufacturing sector since July 2006. November marked the ninth successive month in which the PMI posted above the 50.0 no- change mark, the longest period of growth in nearly three years.

In October, consumer spending household goods fell by 0.2% in volume, after falling 0.1 % in September. This decrease is due to lower energy costs (-4.9%). Spending on durable goods increased again in October (+0.8% after +0.7 % in September). This result can be explained by an acceleration of spending on motor (+1.5 % after +0.8%), perhaps in anticipation of the reduction bonus in November and hardening of the penalty next January. Purchases in household also rose (+0.1 % after +0.4%).

Black Friday. Americans began their bargain shopping earlier than ever on Thursday evening as US retailers opened on Thanksgiving to kick off an intensely competitive holiday season.

For the month, the euro was poised for a 4.2 percent gain against the yen and was up 0.2 percent versus the dollar. The U.S. currency has climbed 4 percent against its Japanese peer.

The euro headed for a third monthly gain against the yen as investors pared bets for additional easing by the European Central Bank before a report economists said will show inflation in the region accelerated this month.

The Australian dollar fell 0.1 percent to 90.95 U.S. cents late in Sydney from yesterday, after touching 90.56, the lowest since Sept. 4th. It has dropped 1 percent since Nov. 22nd in a sixth-straight drop, poised to match the longest losing streak since a seven-week slide that ended in February 1997. New Zealand’s dollar retreated 0.1 percent to 81.09 U.S. cents, down 1.1 percent on the week.

The Aussie has dropped 3.8 percent this month, the most among 16 major currencies after the yen. The kiwi fell for a fourth day after statistics New Zealand said October building consents fell 0.6 percent. An increase of 1.7 percent was projected by economists in a Bloomberg News survey.

Australia’s dollar fell to a 2 1/2-month low, heading for its sixth weekly drop, after the government’s rejection of a planned foreign takeover raised concern investment flows into the country may weaken.

« Why you don’t need to have the right personality for trading and why asking yourself if “you have the right aptitude?” is far more relevant. Trend trading analysis week beginning December 1st »