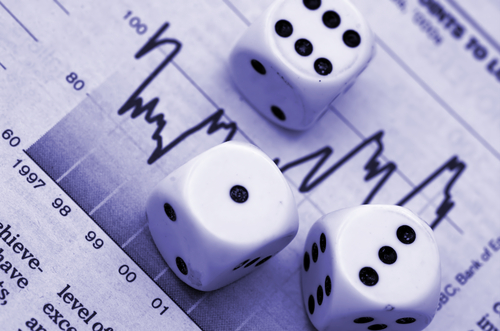 One of the most successful approaches to high probability trading is a trend trading strategy. In this strategy, the trader attempts to identify in which direction the price of a currency is moving and then enters a trade to capture gains based on this direction. For example, if the price of the USD/EUR is trending upward, you will buy at the start of the trend and sell when you think it is about to reverse. On the other hand, if you think the price of a currency pair is going down, you can make a profit by shorting the pair.

An effective high probability trading strategy involving trend trading is the moving average MACD combo. The advantage of this strategy is that it offers clear entry and exit points for trades while ensuring that you get in on a trade at the right time to capture profits. MACD stands for Moving Average Convergence Divergence and the theory behind this is that two moving averages based on different periods will cross in different ways to signal upward or downward momentum.

For example, when a short-term moving average crosses above a longer-term one, it is an indicator that the price is experiencing increasing upward momentum and is considered a buy signal. On the other hand, if the opposite happens, the price is moving downward and a sell signal has been created. To more fully analyze the two moving averages, a third line, called the MACD is plotted on the chart using values created by subtracting the long-term moving averages from the short-term ones. Positive MACD values signal increasing upward price momentum and a buy signal. However, when the MACD is negative, the price downtrend is strengthening and the trader might want to take a short position.

The moving average MACD High probability trading combo uses a 50 single moving average (SMA) and a 100 SMA. A 50 SMA simply means that the average of the prices from past 50 periods is taken and then plotted. To plot the next SMA value, remove the oldest price and include the newest price to get the average and so on. While you can choose various periods, to get the best results, it is recommended that you use hourly or daily ones on your chart.

If you are planning to use the moving average MACD to create high probability trading using long positions, all you have to do is set up your chart and then plot the MACD. When the price of the currency crosses above the nearest SMA by at least ten pips, and the MACD line has crossed to positive within the last five bars of the chart, buy the currency. If it has already crossed, wait for the next buying signal. Set the stop loss five bars from entry. Sell half of your position when the price reaches two times risk. Move the stop loss to the breakeven point and then exit the remaining half of your position when the price of your currency pair falls below the 50 SMA line by ten pips.