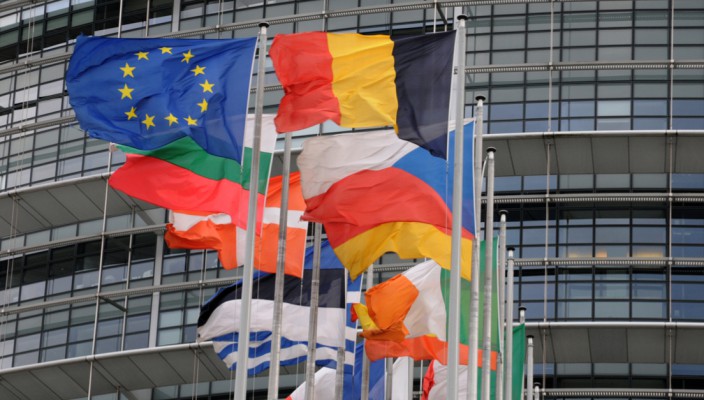 Growing fears in the EU over new Italian policies, possibly implying next crisis in the Eurozone

May 18 • Morning Roll Call • 1032 Views • Comments Off on Growing fears in the EU over new Italian policies, possibly implying next crisis in the Eurozone

Two parties in Italy are nearing a government coalition, where the anti-establishment 5-Star Movement and the far-right League are both looking to challenge EU limits on government borrowing and spending. If the coalition brings on the aimed tax-cutting and high-spending policies, it may set the stage for the next Eurozone crisis. As Italy has a debt of around 132% of GDP and a slow economic growth, it is a continuing worry for the Eurozone policy makers. According to Nordea Chief Strategist, Jan von Gerich, with the low growth economy, inefficient banking system and inflexible labor market, as well as ineffective public administration, trust towards Italy will be facing heavy tests if the coalition comes to life. According to Reuters, a senior official who is involved in Eurozone policy making said that everybody is worried that Italy will become ungovernable and that the populists will drive the economy of the country into a deeper crisis.

As per the European Commission Vice President, Valdis Dombrovskis, the new government of Italy needs to comply with the fiscal discipline and continue reducing the country’s public debt, thus stay on the current course. As policy makers agree, Italy is too big to be rescued by the Eurozone bailout fund and this could lead to possible dilemma for the ECB if they should commence with tightening the policy, which would lead to the risk of collapse of Italy and a possible new crisis in the EU, or shall they maintain the policy loose and help the country finance its debt. It is still to see what the next steps would be.

Considering the macroeconomic news yesterday, all eyes were mostly on the US, which brought in positive news regarding the Philadelphia Fed’s manufacturing index, which rose higher than expected in May coming at 34.4, as opposed to the forecasted 21.1. In its note, Philly Fed stated that firms are optimistic about the future of the manufacturing activity. On the other hand, unemployment readings came at surprising rise with 222k individuals filling for initial jobless benefits, as opposed to the expected 216k.
Today most of the major macroeconomic releases is coming from Canada, with CPI being the highlight. The total CPI is expected to rise 0.5% in April, following the 0.3% gain in March. In addition, retail sales numbers will be closely watched.

ECONOMIC CALENDAR EVENTS FOR MAY 18th

« US building permits fall in April, while the manufacturing output rises Canadian retail sales higher in March, while overall inflation slowed down in April; President Trump imposes veto on all appointments of judges in WTO appeals chamber »