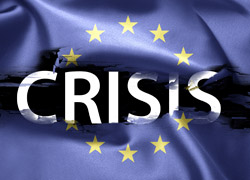 Gold and Silver and the EU Crisis

This morning base metals are trading down by 0.4 to 1.6 percent apart from Aluminum at LME electronic platform. The Asian equities are also trading down after losing yesterday’s gains as Spain bailout continues to fade and concerns of Italy and Greece haunts investor sentiment. Among Asians, the Chinese easing might have supported domestic credit market and a surge in loans was also witnessed indicating future  demand for base metals.

Even China’s Aluminum output rose to new monthly record in May indicating supply inelasticity. However, the industrial profits have been shrinking along with manufacturing activity. On similar lines, Goldman Sachs and Societe Generale cut their 2012 price forecasts for a range of base metals, pointing to risks brought by the European debt crisis. Further investors were more worried that Spain may have to shoulder more debts after gaining rescue fund from the Euro zone and hence the shared currency might remain in pressure in today’s session extending weakens in metals pack. From the economic data front, UK industrial production is likely to remain weak due to lower PMI and even the manufacturing production may decline due to lower demand. From the US, the small business optimism may further dwindle as the economic activity continues to weaken. Weak labor sector and manufacturing have failed to increase demand for industrials including base metals. Further, the imports might remain cheaper due to lack of demand while the monthly budget may shrink further indicating the slower recovery and may weaken financial markets. At our domestic front, downside might remain capped as the rupee may continue to depreciate against the greenback. Overall, we expect base metals to remain weak in today’s session due to weak equities and economic releases coupled with increased European concerns.

Gold futures prices have reversed the gains with Asian equities falling back paring the relief rally on Spanish deal euphoria, paving way for uncertainty over the details. The same would have reflected in Euro while attention now turned to Italy and the Greek re-election on June 17. The short lived optimism would therefore likely to extend anticipations and that may keep gold under pressure for the day. Because the agreed loan will add to the liability and thereby increases the debt-to-GDP ratio, the elevated borrowing cost would leave the rating agencies for further down gradation. Impact could be very well seen on a 25bps rise in Spanish 10-yr bond yields to 6.5%. This would have renewed market distress for the country’s ability to pay-off the burden immediately after the bailout. Hence, Euro is still exposed to a significant down side risk which may take gold along the drive. From the economic data front, the US small business optimism may not look decent after the shabby picture in labor sector could weigh onto the sentiment and business expense habit. Monthly budget deficit may also widen although the treasury inflows in recent time could limit the extent. All these could indicate a mixed impact on the dollar. Said above, we expect gold to remain weak for the day and hence recommend staying short for the metal from higher levels.

Holdings in the SPDR Gold Trust, the world’s largest gold-backed exchange traded fund, stood at 1,274.79 tonnes by June 11, and remains unchanged from the previous business day.

Silver futures prices have also turned down at the early Globex. The Asian equities drifted lower, paring the rally cued from the Spanish bailout optimism but remained short lived. The uncertainty over the deal details would have kept the market under stress and sapped the risk appetite. Concerns renewed regarding Italy and anticipations on Greek re-election would have mounted pressure on the 17-bloc currency. A likely rise in Debt-to-GDP ratio would leave more space to the rating agencies for further down gradation.

Hence, the Euro is exposed to further down side and the equities weakness too to keep silver under pressure for the day. As discussed in gold’s outlook, the US economic releases may give a blend picture for the dollar but a likely weakness in Euro would be a pressurizing factor for the metal. Hence, we recommend staying short for the metal for the day.

The Gold/Silver ratio improved yesterday to 55.83 and is expected to remain on ascending mode given the market fret would be pressurizing silver more than gold. Equities and industrial weakness may stress.