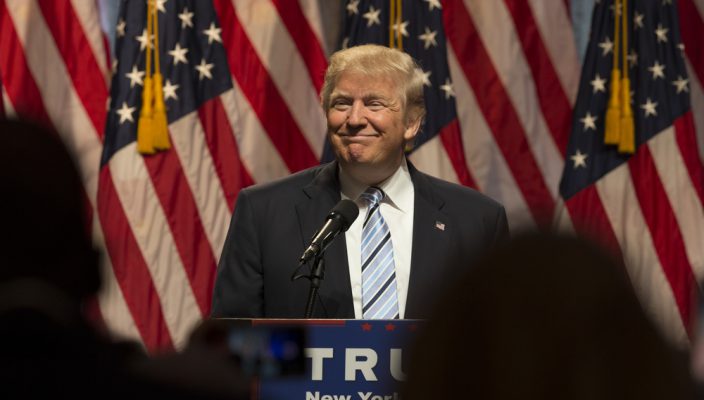 The main Chinese equity markets sold off by circa 5% during the Asian session on Monday morning, as the Shanghai Composite and CSI equity indices fell by their largest amount in over three years. After recent reports of supposed, gradual concessions, being agreed by both China and the USA, in their trade war and tariff negotiations, the tables were upturned on Sunday evening, as President Trump took to social media to make fresh threats versus China. He stated that the current 10% tariffs on $200m of Chinese imports would increase to 25% by Friday of this week, and that all remaining imports, which total circa $550b, would also be subject to tariffs of the same amount.

The logic of this move appears to be quite transparent; Trump wanted to get his retaliation in first, based on China not being prepared to budge. Rather than backtracking, or perhaps attempting to explain his position, Trump simply reinforced his threats during Monday’s New York trading session. Despite the threats, the USA equity markets only closed down marginally; the SPX closed down -0.45% and the NASDAQ down -0.50%. After looking likely to breach the $60.00 a barrel handle early in the morning session, WTI oil staged a recovery in the afternoon session, at 11:00pm, the commodity traded at $62.25, up 0.50%.

At 22:30pm U.K. time, the dollar index, DXY, traded close to flat at 97.33. Versus the majority of its peers USD traded up; GBP/USD down -0.63%, EUR/USD down -0.10%, NZD/USD down -0.60% and AUD/USD down -0.53%. The kiwi and Aussie dollars sold off due to the ripple effect of the Chinese tariff threats, whilst the dollar also acted as a traditional safe haven currency asset, for risk off investors concerned over the Trump position.

Japan’s yen, arguably the most prominent, traditional, safe have currency, rose versus the majority of its peers, including the U.S. dollar during Monday’s sessions; at 10:30pm USD/JPY traded down -0.38% at 110.35, maintaining position above the 110.00 handle/round number, often regarded as a key area of support, by institutional level traders. The major currency pair is trading below both the 100 and 200 DMAs and has printed its lowest value in approx. five weeks, since April 1st.

European markets opened down sharply on Monday morning, following the extreme, bearish, sell off Asian markets had experienced. However, Germany’s DAX and France’s CAC recovered some lost ground, as New York opened and the sell off, predicted by the futures markets for USA equity indices, didn’t materialise. At the close of Eurozone trading the DAX closed down -1.01% and CAC down -1.18%. The euro experienced mixed fortunes versus its peers, rising versus sterling, the kiwi, Aussie and Canadian dollars, and versus the Swiss franc. Versus JPY the euro fell, as the safe haven appeal of yen appeared in all JPY pairs.

The positive Markit PMIs printed for the Eurozone during the morning session, helped the euro rise, the key services and composites rose for all the major economies and the wider E.Z. Retail sales for the Eurozone also beat the forecast; rising by 1.9% year on year. The slew of positive data may have allayed fears that certain E.Z. sectors were flirting with recessionary pressures.

Sterling sold off sharply versus several peers, by 22:45pm U.K. time on Monday May 6th, GPB/USD traded down -0.63%, EUR/GBP up -0.58%, GBP/JPY down -1.01%, and GBP/CHF down -0.44%. The bearish sentiment regarding the U.K. pound occurred due to reports that the two main political parties, Tory and Labour, are close to calling off withdrawal agreement talks.

The Labour shadow chancellor stated his annoyance that prime minister May had leaked details of the talks, whilst MPs, on both sides of the House of Commons benches, reiterated their opposition to any withdrawal deal offer, for different reasons. The fall in GBP was possibly capped due to the London markets being closed on the day. FX and equity indices traders would be advised to carefully monitor their GBP and FTSE trading, once the forex and equity markets fully open, on Tuesday morning.

On Tuesday morning, the key European events scheduled for release on the calendar, concern Germany’s factory orders, both month on month and annually. Reuters are forecasting a significant improvement, with orders rising by 1.5% in March, from a shock -5.4% fall recorded in in February. Germany’s Markit PMI for construction will also be closely monitored for signs that the recent fall off in German activity, has been arrested. The euro could react to this series of medium impact data. The key economic data releases concerning the USA on Tuesday afternoon involves the latest JOLTS (job openings); the forecast is for circa 7.35m job openings, whilst consumer credit is predicted to show a rise in March, by $16b. Late evening attention turns to Japanese data in the Sydney-Asian session, as the minutes for the last BOJ rate setting meeting in March are published.

« Waiting until the market comes to you. What does this phrase mean and what trading plan can we build, to execute FX trading strategies based on the concept? Aussie dollar rises as RBA defies forecasts by keeping the cash rate unchanged at 1.50%, Asian markets steady after further Trump threats versus the Chinese. »