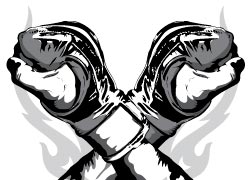 “Who really cares where price is, as long as price gets somewhere..”

What’s that phrase, “only monkeys pick bottoms”? I’m not sure what the equivalent is for “picking tops” but often monkeys are seen grooming each other in their groups by picking out insects in each others head hair. I mean no offence to monkeys, in fact some of them could probably trade better than some traders I’ve met and conversed with.

I’m sure if an experiment was organized, were a reward and punishment schedule was based around taking trades according to plan and exiting likewise, the monkey would fair far better than the human trader. Maybe that’s the key, the ‘Holy Grail’, let’s think like monkeys and substitute our pips, pounds and euros for bananas..

I’m being facetious, firstly the last thing I’d want to see is a wonderful mammal imprisoned and humiliated for the sake of a trading experiment, after all that’s what ‘prop shops’ are for! But secondly (and seriously) there is a degree of discretion involved in trading that no amount of training or ‘banana incentive’ can equip you for..

I’ve been experimenting with a new ‘system’ over the past few weeks by using a small micro account. I’m still using the same strict DNA money management rules which are (as always) in place, I’m using stops on the HH and LL of where I perceive to be the turn in market sentiment and I’m sticking to the revised plan..well actually there’s a slight deviation in terms of discretion which we’ll get into. Overall the MM and mind are sound were this new system and overall strategy is concerned, the change is in the method. I’m using a combination of the four key indicator groups that I’ve mentioned in earlier FXCC articles, they are;

Typically you could use any or many of the indicators that fall into these categories as the method part of your 3 Ms, such as;

Here’s a link to an article I penned in October on the subject of the four key groups.
http://blog.fxcc.com/beware-the-godwins-law-by-proxy-when-discussing-indicators-in-forex-trading/

They key difference with this strategy is that I’m looking for cluster direction on trades by thinking in terms of correlation. Let me explain; rather than taking the EUR/USD trade singularly when the set up occurs and the alert sounds, I’m looking to take correlation trades when all the trades are in my ‘zone of confirmation’. Typically I’ll be long EUR/USD, GBP/USD, EUR/JPY, AUD/USD and short USD/CAD and USD/CHF.

There are obviously issues with the commodity currencies, being long AUS versus USD and short USD versus CAD and as with every strategy there’s the; ‘left field’, ‘outer space’, “I’m not a supreme being so didn’t see that coming” factor to navigate. But overall, having tested this for over two months it’s worked extremely well. The money management is crucial, which is why the system has been in ‘incubator’ using micro lot amounts.

I’m taking all the trades once they reach my zone, but I’m not exceeding a total overall exposure of three percent. Similarly I’m being very careful to bleed the trades in, I’ll generally be pip positive in one or two trades before taking the others. The results have been outstanding, just over a 2:1 win rate. By taking the trades off the one hour chart (with strict MM use of stop loss orders) the losses per trade have been respectable in relation to the HH or LL of the placement.

I’ve been using an arbitrary 50 pip stop on each pair then adjusting it to fit the HH or LL. The stop is not being hit regularly and a big loss is circa 28-35 pips, suggesting that there is an edge to this overall strat. Sods law that I took a full stop hit on the EUR/USD a couple of hours back, but I’m now circa 30 pips up on the long trade.

However, it’s not the micro details of the method or overall strategy/edge that’s important (although at some stage we may discuss these types of strategies in the FXCC FX School) it’s the fact that I’m not looking for tops or bottoms, I’m waiting for multi pair confirmation before pulling the trigger/s, the momentum is already there. There’s also one other key point of difference and that’s in profit taking…

My trend/position trader inner being has needed suppressing, I’m not taking profits individually and according to set criteria, I’m taking the profits by discretion and feel. If I’m in six trades and the cluster is up circa 250 pips then if I sense any slow down in momentum I’ll close, all of the trades.

This may result in hundreds of pips left in the movement, which I may have arrived late to, but I’m not about to see circa six trades being up, some by 70 pips plus, to lose out, so I bank whatever profit is offered. So far I’ve not needed to close out a cluster of all losing positions as I’ve only experienced that event twice in circa 200 trades, which is a good sample of trades to work from, particularly bearing in mind that this experiment has seen some interesting and challenging market conditions take shape over recent months.

So what’s the punchline to fit in with the “forex punches in bunches” headline? No there’s no reference to bunches of bananas it’s this straightforward; if the surf is up in the market then the rip lifts all the boats, rather than look for that micro movement on a particular pair why not look at three-four euro pairs, and the commodity currencies? It’s a better vantage point and once the swell of the surf takes you to shore take a breather, relax and wait for the next surge.

« Another Day, Another Deadline Forty Six Million Americans Just Can't SNAP Out Of It »