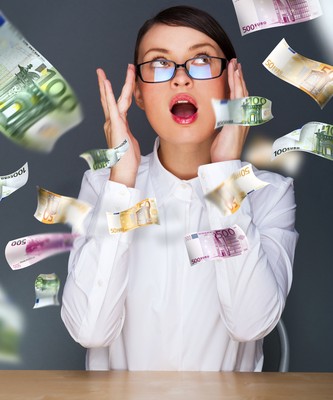 “Is forex trading profitable” is a question that many people who are interested in getting into currency trading are asking. Undoubtedly, an increasing number of people are getting into currency trading, as shown by the growing share of the market taken by retail aggregators, or forex brokers that cater mainly to retail investors. Retail aggregators make up 18% of total volumes in the $18 trillion daily currency markets, up from 10% in 2010. This gives them the same market share as asset management funds.

The growth of the Internet is the main reason for the increase in retail forex trading, as virtually anyone with a computer and Internet connection can become a currency trader. In addition, data on the forex markets has become more accessible than ever, allowing retail investors to easily be able to find exchange rate data. Because of the growth in retail forex investing, the size of daily retail market volumes has reached $217 billion daily. Another contributor to the popularity of retail forex trading is the growth of mobile trading, in which forex traders use apps to trade from mobile digital devices such as their tablets and Smartphones. The number of monthly transactions conducted on mobile devices more than doubled last year, to 250,000 in December 2011 from 100,000 in January.

But is forex trading profitable? According to research company LeapRate, only an average of 28% of retail clients of US-based online forex brokers are profitable. This means that, on average, only around one in three retail forex traders are profitable. Other research groups put the figure slightly higher, at around 38%, but the fact remains that seemingly, the majority of people who get into forex trading lose money from it.

Now that you know the facts on the question, is forex trading profitable, the question is, should you get into currency trading? The answer is: are you willing to put in the work to become an effective forex trader? If you reply, yes, then the currency markets can be very profitable for you. Note that being an effective forex trader involves not just knowing the technical aspects of trading in the markets but also having good money management skills as well as the self-discipline to trade without giving in to your emotions. It should also be noted that mobile trading will not necessarily make you a more profitable trader just because you are more connected to the markets, since the smaller screens on mobile devices, coupled with the lack of analytical software on the apps, may actually put mobile traders at a disadvantage compared with their deskbound counterparts who trade using larger monitors.

So the definitive answer to is forex trading profitable is simply, it depends on the trader. If they are able to stick to the trading system they have developed and have done their homework, have a good risk management strategy and are able to trade without chasing losses, then currency trading is profitable. If not, then you should consider investing in other markets, such as the equities market.

« What are Forex Signals? Is Forex Trading Profitable? »