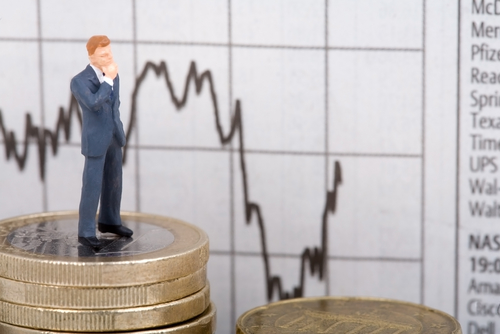 Currency pair EUR/USD arrives near the day lows – nearing but not quite reaching the 38.2 percent range for 2012. It enters at 50 pips or more – definitely a narrow trading range for the currency. At this level, it is up to the intraday buyers to make sure that the currency gets back on the borderline.

The small yet positive movement upwards may be attributed to several factors – a hopeful jump for the European market compounded by the shaky dollar.

The European Central Bank is still in the middle of talks although a speech from the ECB president Mario Draghi is expected to provide a clearer picture of the economy. His input will eventually give Forex traders a hint on how to position themselves as a rate decision will be coming on for the European Parliament. Other reports reveal that Bundesbank’s Jens Weidmann is on the brink of resigning in opposition to bond buys. The PM of Spain, Rajoy however noted that the massive bond-buying plan is actually possible.

Spain’s manufacturing points have changed to 42.3 points, which albeit a bit better, is still not good enough. In fact, any score lower than 50 are bad and this has been going on since last year. Another added burden is Catalonia’s current request for financial aid from the central government. The asked for aid amounting to 5.023 billion will reflect on Spain’s ability to provide the necessary help while still being able to maintain their budget.

As for Italy, manufacturing points settle at 44.3, a small rise that may be interpreted as a hopeful sign of future improvement. Italy has also been going through some debt problems in the past and will need to step up on their GDP.

Producer prices have gone down for the past months and will hopefully continue to do so. If this is the case, it will be easier for the ECB to start cutting rates.

There’s also the German factor that has been as volatile for the past weeks. Their factory orders have actually gone down by 1.7 percent but are still expected to climb up, albeit a low 0.3 percent. Industrial production managed to fall by 0.9 percent after going up 1.7 percent.

So far, the Forex news predictions for Euro have been good thanks to somewhat uplifting news. This should be followed by real action though or the incremental changes might start going the other way.

Situation for the US Dollar

Possibly one of the biggest factors contributing to the Dollar’s shaky situation is the Jackson Hole speech by the Federal Reserve Chairman Ben Bernanke. Although he justified QE with his speech, some points were made that didn’t fare well for the US market, specifically citing the employment situation as “grave”.

It is interesting to note that the recent movements in the market can also be attributed to Europe and the United State’s celebration of Labor Day. Studies show that this holiday is actually one of the most critical weeks for the Foreign Exchange market with both EUR and USD experiencing volatile movements.