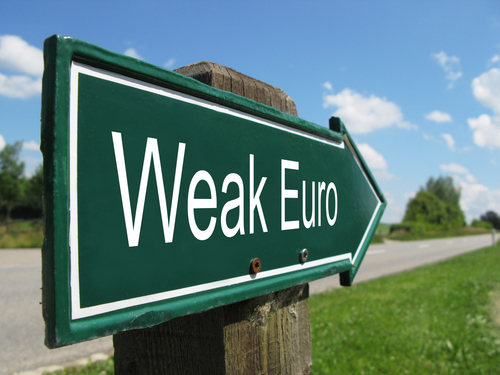 Breaking forex news revealed that the Moody’s rating agency had downgraded on Sept. 3 (Monday) the EU’s long-term issuer rating to negative from stable. The agency attributed the downgrade to the negative outlooks of the region’s bigger economies: the UK, Germany, the Netherlands and France, which jointly account for 45% of the region’s budget revenues. However, Moody’s maintained the bloc’s triple A rating, citing its creditworthiness and the support of its 27 member-states as well as its conservative budget management style. However, Moody’s said there was the possibility of a downgrade in the future if its creditworthiness deteriorated.

Meanwhile, forex news revealed that the Institute of Supply Management’s factory index, a measure of activity in the sector, reached 49.6 in August from 49.8 in July. The August ISM Index was the lowest reading since July 2009. Analysts had projected that the Index would hit 50 in August, which would indicate the sector was expanding. The ISM’s production index also fell to 47.2 for the month, while its employment index dropped to 51.6.

The data heightened anticipation among investors that the Federal Reserve was close to implementing a third round of quantitative easing, following comments made by Chair Ben Bernanke at its annual Jackson Hole symposium that the central bank would support US economic recovery by implementing the required measures.

In addition, market participants were also looking forward to the release of the Non-Farm Payrolls and Employment report on Sept. 7, Friday, to gauge if the jobs situation would continue its current trend of continuing to improve.  Market participants feel that the report would show that as much as another 150,000 jobs were created in August, while the unemployment rate would inch lower to 8.2% from 8.3% the previous month. This could move the Fed away from announcing further easing following its September 13 Federal Open Market Committee (FOMC) policy meeting. However, if the Non-Farms Payrolls report also offered disappointing figures, it would almost certainly mean that the Fed would announce easing measures following the FOMC meet.

The demand for the euro was also strengthened by expectations by traders that the European Central Bank (ECB) would announce details of its much-anticipated bond-buying program following its September 6 policy setting meeting. The program is intended to lower the cost of borrowing for troubled economies such as Spain and Italy by buying up its short-term debt, and has mostly met with support from Eurozone governments. The most significant opposition has come from the Bundesbank, Germany’s powerful central bank, warning that the program is virtually state financing of governments. However, support for the program came from the influential Organization of Economic Cooperation and Development (OECD). Forex news reports said the OECD called for the ECB to immediately begin unlimited bond buying to address the bloc’s sovereign debt crisis.