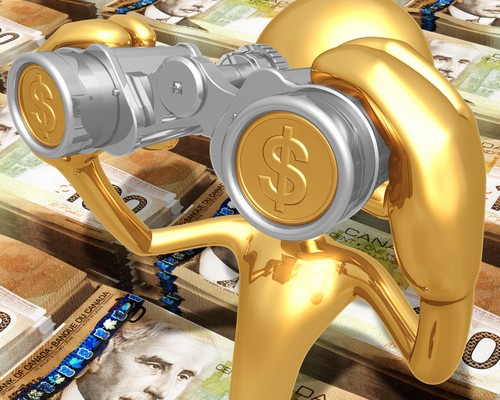 While most people are attempting to learn about the recent GoDaddy crash, there are those who remain focused on searching for more forex news. Indeed, even though it is quite interesting to uncover the root of the web-hosting giant’s technical problems, it is much more important to keep track of the latest developments in the world of foreign exchange. Of course, some would argue that finding the hottest news about the currency market is much more difficult than searching for clues on why GoDaddy’s services failed to remain stable. In truth, discovering the latest forex updates is as easy as reading on.

Those who mainly trade the US Dollar against other currencies would be interested in the following forex news: fears of inflation have triggered a decline in the aforementioned currency’s value. To put it simply, given that the Federal Reserve’s announcement is believed to be focused on “easing”, many expect that the US Dollar would only continue to become “weaker” as the days pass. With this in mind, it is no longer surprising that even the Euro has surpassed the US Dollar in terms of sheer value. Indeed, those who prefer trading the American currency should exhibit caution until the situation improves.

It is only to be expected that forex news updates pertaining to the Great Britain Pound are much more encouraging than those regarding the American dollar. As a matter of fact, experts have recently noted a significant improvement in the Great Britain Pound’s value, reaching prices that completely surpass those seen in the past four months. While there are several possible reasons for such a phenomenon, most analysts concur that the reduced trade balance deficit is the root of the improvement. Essentially, a reduction in the trade balance deficit means that the recession is possibly coming to an end.

In a similar sense, forex news releases about the Polish Zloty are quite optimistic. Specifically, while Poland is not entirely without economic problems, the debt auction that was recently held to reduce the nation’s money issues as well as to test the willingness of investors to expand their businesses in the aforesaid country could be best described as “triumphant”. In particular, in just a single day, securities that amount to more than two billion US Dollars have been successfully sold to investors. Without a doubt, the Polish Zloty is becoming a much more interesting currency to trade.

As made clear, such news updates are rather varied in terms of “mood”. To reiterate, those who mainly trade the US Dollar would surely be worried about the currency’s continuous decline. On the other hand, individuals who prefer to focus their attention on the Great Britain Pound would certainly be pleased to know that the currency is undergoing a phase of improvement. Of course, people who prefer to initiate deals that involve the Polish Zloty would be satisfied in knowing that the Polish economy is becoming stronger. All in all, such forex news updates essentially reflect the currency market’s ever-changing nature.