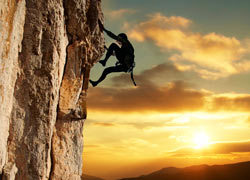 First Survive And Then Thrive

Earlier this year I was invited by an industry contact to give a brief video presentation on trading. I thought long and hard with regards to the invitation, not the doing, that went without saying as I felt I owed the broker firm some help given the support and encouragement I’d experienced from the company in the past. I hadn’t been in their offices for a few months so the presentation also gave me the opportunity of catching up with some great people.

The dilemma for me was how to frame the content of the video and what the content should be in order to appeal to the widest possible audience. I have a maxim for many of the projects I’m involved with, I call it the BCR principle; brevity, clarity and relevance. I therefore opted to cover the 3 Ms of trading, a subject that I refer to constantly in the FXCC content I create. Now when you put yourself in the firing line for a video presentation the reaction, once the video goes live, can be fairly mixed. Ultimately you’re ‘preaching’ to many of the converted so you have to expect some criticism amongst the many plaudits, it goes with the territory. If you’re indirectly promoting a method of trading and that method flies in the face of time rich/money poor system ‘vendors’, who have seen their one Eureka idea crash and burn before leaving the runway, you can expect the odd barbed comment or two.

As a forex trader who has enjoyed success using indicator based strategies I have absolute confidence in my knowledge in this specialist area, however, at the risk of repeating myself, without sound money management and an equally sound trading mind the third M, the method, is irrelevant. I’ve always maintained that I’ve never come across a system (method) that didn’t work, and I’ve seen and tested hundreds of indicator based strategies that work in certain market conditions. They mightn’t work for me but as we quickly begin to realise not all methods fit our trading personalities, or lifestyle demands and choices.

I’ve never come across the holy grail of strategies, and I’ve never come across a strategy that ‘works’ both in ranging and trending markets. The best I’ve managed to either construct or find are those that help keep you out of consolidation (most of the time) while you wait for the momentum of a new trend to develop. In terms of performance the best I’ve produced has been a one loss for every three trades taken. I honestly don’t anticipate that I’ll ever breach this performance level and I’ve learned, over the years, to accept this return and be comfortable with the impossibility of increasing beyond this performance, it’s now the key performance level I target.

As stated in a recent article despite the mayhem over recent weeks and months my preferred swing trading strategy has performed well. I’ve now weathered two storms since 2008 utilising this strategy and have survived and thrived. But it’s not strategies that I want to cover today, with FXCC we’ll be launching a section on strategies over the coming months which subscribers and clients can access for free, I want to discuss survival.

Surviving before thriving is another ‘pet phrase’ of mine, and this maxim is fresh in my mind due to reading inexperienced and fledgling traders being slightly confused by some of the content I covered in my video presentation. My view is that the longest period of time you can use your initial account for in order to simply ‘stay in the game’ the better trader you’ll become for the experience. In fact I’d actually go so far as to suggest that if you can make your initial account survive two years and be break even at the end, you will have exceeded the performance of many new market entrants. My commitment is to ensure that as many as possible of FXCC’s clients belong in the twenty percent of traders that draw down a successful living from our industry, many of the eighty percent who don’t could increase the percentage of winners if they followed the first basic rule of forex trading – survival. However, this simple logical phenomena often by-passes many inexperienced traders ready to pounce with their critique.

In order to demonstrate survival techniques I’m fond of using an example as to the level of capital a trader should commit to the market, I then typically flesh out the use of this amount to demonstrate that with sound money management the trader has very little probability of blowing up this account if they stick to their trading plan, another subject that we’ve recently covered in our FXCC blog content. Let’s use the sum of €25,000 euros as the total savings a new or fledgling trader has, what would be a reasonable sum to commit to the market, all of it, or a percentage? The obvious answer is a percentage and I always suggest committing no more than twenty percent of your savings (and or liquid investments) to trading. Now you should only commit this sum once you’re out of ‘incubator’, you’re proficient and genuinely believe you have developed the necessary skills to trade successfully, this should not be the trader’s first account, this should be the trader’s “first real attempt at trading” account.

The trading account is funded with twenty percent of the capital, the risk per trade on that twenty percent is one percent. That one percent risk of capital, of the original twenty percent, is very small; the trader will be risking circa 0.2% of their original capital on every trade they take. Now I use this model for several reasons the first and arguably most important is to drum home the message of risk management in the trading plan and how traders should congratulate themselves with this first and most crucial step into the world of trading forex. This single decision is far more likely to point traders onto the path of success then any strategy created, or yet devised. Capital preservation is key and there’s another inherent aspect and quality of capital preservation that often goes un-noticed, with sound MM and effective capital preservation comes good trader mental health, your psyche will be in the right place if you follow your plan and never exceed the level of risk in your blueprint to success.

In my example I then go onto explaining how using our five thousand euros and risking only one percent per trade would have to see the most unimaginable trading conditions for the trader to wipe the account out in a relatively short space of time. If the Trader swing trades one currency pair, the EUR/USD, they’d need an impossible series of circa 100 losers in series to be wiped out. I often joke that if you could find anyone that consistently offside I’d love to take the opposite side to their trades as in a bizarre fashion to be ‘that bad’ would be an incredible achievement.

If the trader’s overall system performed badly, perhaps only gaining one win in three or four trades, with at times only half a percent of the risk being used before a stop is hit combined with plenty of break even trades the account could take up to 300 trades before being wiped out, however, that’s basing the risk on one percent of the original capital and not on reducing the position size as the account reduces. One percent of 5,000 is different to one percent of 4,000, which is different to one percent of 3,000…If we keep to our one percent rule then the amount of trades would be even more. In theory it could be infinitesimal however no broker would let you bet fractions of fractions. In short you could perhaps make your initial account stretch to as little as 100 trades or circa 300 trades. Now let’s look at another key survival performance indicator – time..

As a swing trader, trading initially only one pair, you may get 2-3 good set ups/alerts a week. Using our disastrous 100 trade model your 5,000 euros would last a year, using our poorer model the account could last beyond three years, whilst a trader would have to support themselves during this time the education cost would have been incredibly good value.

What’s more important is that you’ve survived and during that time, perhaps at year two, a light bulb or two may come on and you’ll tackle the issues that have been holding your trading back and you begin to thrive. You can’t thrive unless you plan to survive from day one, you must have a survival kit embedded in your trading plan and the survival instinct must be equally embedded in your psyche.