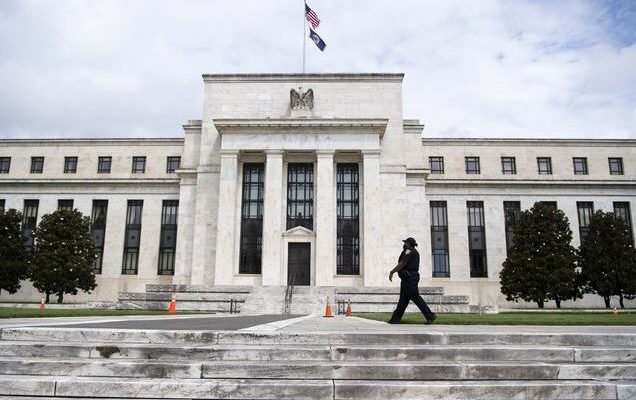 After Federal Reserve Chair Jerome Powell indicated a rapid reduction of stimulus despite the dangers surrounding the Omicron COVID-19 variant, the safe-haven yen stayed firm on Wednesday. At the same time, the risk-sensitive Australian dollar fell to a one-year low.

Investors are concerned that fast monetary tightening may suffocate the fledgling economic recovery, even though nothing is known about Omicron’s ability to resist existing vaccination protection or its severity.

On Tuesday, global stock markets dropped sharply after the head of drug maker Moderna said the existing vaccines would be less effective against the Omicron.

However, BioNTech’s CEO remained cautiously optimistic, saying the vaccine it is developing with Pfizer would likely provide strong protection against drastic Omicron disease.

The New Zealand dollar NZD remained relatively unchanged at $0.68195, following hitting a low of $0.6773 in the previous session, its lowest since early November last year.

In testimony to Congress on Tuesday, Powell said that Fed policymakers would examine whether to cease bond purchases a few months sooner than expected at their policy meeting on December 14-15.

The Fed chairman finally reversed a long-held belief that inflation would be temporary. Instead, Powell expressed optimism that the effect of Omicron will be significantly less than the COVID-19 pandemic that broke out in early 2020.

As a result, traders increased their expectations for interest rate hikes, with money markets now virtually fully priced for tightening at the June meeting. Powell’s testimony will resume later today.

In November, the dollar index DXY had its greatest monthly gain since June, owing to expectations that inflation will push interest rates up sooner rather than later in the U. S.

Powell told legislators that it was time to discard his definition of price pressures as temporary and that policymakers would anticipate a speedier taper, short-dated bonds, and interest rate futures down.

Following aggressive statements from Federal Reserve Chair Jerome Powell overnight, the end of crisis-level interest rates in the United States looms even bigger against the backdrop of Omicron uncertainty and mounting COVID-19 cases in Europe.

The dollar index DXY, which measures the greenback against six major currencies, was trading at 95.921 on Wednesday, after falling to 95.544 on Tuesday for the first time since November 18, dragged down by an unwinding of negative bets on the euro, the basket’s most heavily weighted component.

Something interesting happened with EUR. The EUR continued its three-day winning streak at the start of yesterday’s Asian session. However, it fell 0.04% to $1.1331 after hitting a two-week high of $1.1387 overnight.

« Daily Forex Round Up: Aussie and Kiwi dips, Yen climbs, and uncertain USD The Omicron fears and the safe-haven currencies »