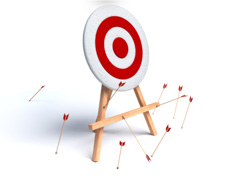 Monday saw a variety of fundamental events that will shape the markets over coming weeks. Most notably Spain went on record with an admission that its deficit soared above target last year. At 8.5% of GDP, Madrid’s government was quite a distance from its target of 6%. These poor figures arguably prove its case for less onerous fiscal targets and give wider credence to the view that punishing austerity measures can underpin growth…

Opposition to the Greek plan is growing in the German media. Tabloid newspaper Bild, (the UK equivalent would be a hybrid cross of the Sun and Daily Express) termed the rescue package “madness” and urged German MPs to block it. Angela Merkel’s own interior minister caused a stir over the weekend at the backdrop of the G20 meeting by arguing that Greece would be better off quitting the euro.

Europe’s bailout fund was placed on negative watch by Standard & Poor’s on Monday. S&P concluded that European countries cannot offer new credit guarantees to fill the void left by France, following the loss of its AAA rating in January. S&P didn’t stop there, downgrading Greece to “selective default”, or SD. As to what impact this would have is debatable.

Greek businessmen have begun a counter-offence versus criticism of their country. A campaign called “Give Greece a Chance” has run adverts in many newspapers over recent days, insisting that Greeks are (for the most part) hard-working, tax-paying citizens. Proposals for German tax officers to be sent to Athens has caused alarm in Greece.

The Ides Of March
Eurozone finance ministers will meet to discuss Greece and its private sector debt restructuring in Brussels on Thursday, according to the president of the Eurogroup, Jean-Claude Juncker. The ministers will assess Greece’s progress in meeting over two dozen measures the government has to take in order to meet the requirements of its second, 130 billion euro bailout from the euro zone.

Juncker said in a statement;

Ministers are expected to take stock of the ongoing (private sector involvement) bond exchange operation in Greece and of the implementation of the prior actions by the Greek authorities.

German Consensus
German Chancellor Angela Merkel gained a parliamentary vote endorsing the second bailout for Greece on Monday. She admits there is no 100 percent guarantee that the bailout will work, but is rejecting calls from rebels to let Greece default and leave the euro.

Nobody knows what would be the impact of rejecting the second Greek aid package on the other bailout countries, Portugal and Ireland, or on Spain and Italy, or the entire euro zone and the world. As chancellor I have to take certain risks, but I cannot be reckless – my oath of office forbids that. With the voluntary debt restructuring for Greece we are entering new territory. If it is a success, then the contagion risk for other countries will be further reduced. Now we need to wait and see what happens.

G20
Leading economies have insisted that Europe must put up extra money to fight its debt crisis if it wants more help from the rest of the G20, pressure is on Germany to drop its opposition to a bigger European bailout fund. Euro zone countries pledged on Sunday, at a meeting of finance leaders from the Group of 20 economic powers, to meet next month to assess the strength of their bailout fund.

We have to see the colour of the euro zone’s money first – and, quite frankly, that hasn’t happened. Until it does, there’s no question of extra IMF money from Britain or probably anyone else.

Firewall
The G20 is structuring a massive international ‘firewall’ fund worth nearly $2 trillion – including existing and new funds – by late April. It would mark their boldest move since they ploughed $1 trillion into their economies in 2009 to combat recession. Many advanced economies are still flooding markets with cheap money to fuel growth and prevent financial contagion. The proposal is to merge Europe’s temporary and permanent bailout funds to create a 750 billion euro ($1 trillion) war chest. This would open the door for other G20 countries, like Japan and China, to meet the IMF’s request for $500-$600 billion in new resources, on top of its current $385 billion in funds. Put together, this would total almost $2 trillion in firepower. The G20 finance chiefs next meet in Washington in late April, where they plan to discuss extra IMF funds.

The S&P 500 added 0.1 percent to 1,367.59 at 4 p.m. in New York, reversing an early drop of a 0.8 percent and closing at the highest since June 2008. The Dow Jones Industrial Average slipped 1.44 points to 12,981.51, turning lower after failing to hold above 13,000 for a third session in the past week. Oil fell from a nine-month high and the yen gained versus all 16 most-traded peers after the Group of 20 nations rebuffed Europe’s calls for more bailout funding. Ten- year Treasury yields lost five basis points to 1.93 percent. The Stoxx Europe 600 Index retreated 0.3 percent, paring a drop of as much as 1.2 percent.

Commodity Basics
Brent crude decreased 1 percent to $124.17 a barrel on the ICE Futures Europe exchange, after gaining 4.9 percent last week. WTI (West Texas crude) oil in New York dropped 1.1 percent to $108.56. Natural gas lost 4.1 percent amid forecasts for above- normal temperatures in the eastern U.S. The fuel is down 18 percent this year.

Forex Spot-Lite
The yen appreciated 0.9 percent against the dollar and climbed 1.2 percent versus the euro. The 17-nation currency slipped 0.3 percent to $1.3406 as it weakened against 11 of 16 major peers. The Dollar Index rose 0.2 percent.