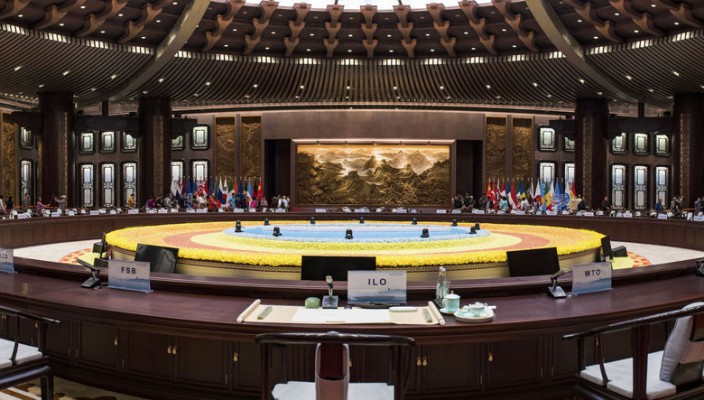 European Commission is preparing its member states for trade war with Trump; G20 finance ministers will focus on crypto implications for the financial system during today’s meeting

Mar 19 • Morning Roll Call • 1617 Views • Comments Off on European Commission is preparing its member states for trade war with Trump; G20 finance ministers will focus on crypto implications for the financial system during today’s meeting

According to the German centre0-right, liberal-conservative newspaper, Frankfurter Allegemeine Zeitung, the European Commission is preparing member states for a trade war with the US over Trump’s steel and aluminum tariffs. It has obtained an internal memo from the European Commission that tells member states not to be ‘too optimistic” about obtaining steel and aluminum tariffs exceptions from the US, as the EU will certainly be seeking to obtain those. The memo further states that members should expect the worst and to not have much hope in a satisfactory conclusion at the WTO should the EU formally charge the US in the global consortium. Further moves from the EU are expected on the matter, however in the meantime, the European Commissioner for Trade, Cecilia Malmstrom, intends to meet with the US Commerce Secretary- Wilbur Ross, this week to further discuss the matter.

The Euro was weighted down by Friday’s softer final Eurozone CPI print. US dollar recovered due to the support provided by good pickup in the US Treasury bond yields. This coupled with upbeat US industrial production, along with the best UoM sentiment index reading since 2004 provided an additional boost to the greenback recovery and continued exerting downward pressure.

Today, the leaders of G20 countries are going to discuss cryptocurrencies and other digital assets during the summit. The public documents with the meeting agenda indicates that the discussion will be focused on the digital assets and the underlying technology. Japan, France, and Germany urged G20 countries to discuss issues related to crypto assets with the aim to take coordinated steps to prevent them from being used for illegal activities. BoJ Governor Kuroda is expected to attend the G20 Finance Leaders’ meeting and earlier on Friday, an official press release stated that Kuroda has been approved for another 5-year term as BoJ governor, while Wakatabe and Amamiya have been also approved as BoJ Deputy Governors. On the other hand, Japan’s Finance Minister, Aso will not attend the G20 meeting amid calls for his resignation. This will cost him the chance to push back against U.S. tariffs and voice his views on currencies. -FXStreet

The EUR traded on the backfoot against the USD in Asia and will likely extend losses in Europe and US session, courtesy of diverging monetary policy expectations. Daily basis, the pair seems to have lost bullish momentum, with a descendant trend line now coming at around 1.2380 for these upcoming days. The pair closed below a directionless 20 DMA, still holding some 200 pips above a bullish 100 DMA, while technical indicators diverge on direction around neutral territory, reflecting the ongoing uncertainty rather than anticipating next move. –FXStreet
GBP/USD

The GBP/USD is trading sideways ahead of the European market session after a small decline to kick off the week’s trading, currently testing the 1.3930 neighborhood. Technically, the pair continues developing inside an ascendant channel coming from early March, with the upside favored also by technical readings in the daily chart as the pair found buying interest around a flat 20 SMA, the Momentum heads north within positive territory, as the RSI consolidates at 53. –FXStreet
USD/JPY

USD/JPY is currently trading at 105.96, having made a high of 106.16 and a low of 105.90. The price is consolidated for the main part above the descending resistance line while dollar bulls battle against both domestic and geopolitical concerns. Technically, the daily chart shows that the pair is far below its moving averages, with the 100 DMA slowly declining below the 200 DMA, both in the 110.00/111.00 region, while technical indicators hold within negative territory, with the RSI indicator turning lower, currently at 41, all of which leans the scale toward the downside. –FXStreet
Gold

Gold is trading at around 1311.50 down 0.22% on Friday despite mounting hostilities over the attempted murder of a former Russian spy on the UK soil, which triggered geopolitical uncertainties. –FXStreet

« Negative USD view persists amid the Trump administration’s more aggressive protectionist policy agenda All focus is on the Fed and if it will raise the rates. What will be the key for the markets to watch? »