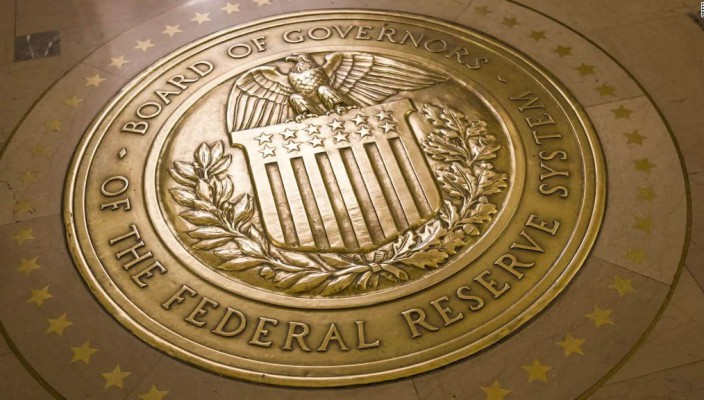 All focus is on the Fed and if it will raise the rates. What will be the key for the markets to watch?

Mar 20 • Morning Roll Call • 1347 Views • Comments Off on All focus is on the Fed and if it will raise the rates. What will be the key for the markets to watch?

The markets were feeling a little indecisive last week given the unpredictable spate of headlines which seemed to come from the White House on an almost daily basis then there’s good news as we have the welcome distraction of a Fed meeting this week.

Financial markets are pricing in a greater than 90% probability that the Federal Reserve will raise rates 25bp on Wednesday, and depending on which metric you look at, even a very small chance they go up by 50bp. According to James Knightely, Chief International Economist at ING, Jay Powell’s first FOMC meeting as chairman will end with a rate hike and the accompanying statement’s tone and forecast update will be key for the markets. A 25bp move- leaving the fed funds target rate range at 1.5% to 1.75%- is virtually certain given the excellent growth backdrop and rising inflation threat. A 50bp move would be an unnecessary shock for markets.
So with a hike looking like a done deal, there are three key questions going into the meeting that should be asked. The first is: does the committee still see risks as “roughly balanced”. The second is: will the median dots move up, and in particular, will they signal four rate hikes this year. The third is: how will the new chairman perform in the press conference, and what changes in style/messaging might he signal?

In summary, the answer to the first question would be that the Committee sounds a bit more upbeat (though not yet worried) about inflation developments, and a message on economic activity that is little changed. They also expect the Committee to raise growth forecasts and lower unemployment forecasts. In terms of the second question, their view is that the median dot would move to 4 hikes from 3. However, this is likely to be a close call. Perhaps of more interest will be the terminal rate though. The terminal rate forecast is to rise to 3.3% in 2020 from 3.1% in the December forecast. As for the third question and Fed Chair Powell’s press conference, on substance, Powell’s message is expected to centre on the signs of an overheating economy, and that the Fed’s current tightening action is clearly in order. This would signal that another rate hike is on the way in June.

It is also important to remember that the dots in the interest rate diagram reflect all officials’ views, not just the ones who get to vote. Two of the most dovish Fed officials in Neel Kashkari and Charles Evans are no longer in that core group so there is a slightly more hawkish tilt to the “voters” this year. As such, our view continues to be that the Fed will raise rates by 25bp on four occasions this year.

The tone of the accompanying statement is likely to be mildly more upbeat, reflecting these changes, but it will be interesting to see if the Fed passes comment on potential implications from President Trump’s protectionist trade policies. If it does, it’s more likely to be a warning of the threat from an escalation, rather than overt criticism of what the President is trying to do.

Therefore, the big highlight on Wednesday is the FOMC meeting outcome at 6pm GMT. Shortly after that Fed Chair Powell will also deliver his first post-meeting press conference as Chair. Away from that it’s another fairly quiet day for data with January/February employment data and February public sector net borrowing data due in the UK, while in the US the Q4 current account balance and February existing home sales data will be released. -FXStreet
EUR/USD

The EUR/USD is trading lightly in Asia markets following a push upwards in Monday’s risk-on markets. The pair is testing the waters around 1.2345 ahead of a hectic Tuesday session. The price settled a few pips above a flat 200 SMA in the 4 hour chart, with all moving averages anyway directionless and confined to a tight range, reflecting the absence of a clear trend going on in the pair, a situation that will likely continue until Wednesday when the Fed will unveil its latest monetary policy. -FXStreet
GBP/USD

The Brexit transition deal put a bid under the British Pound yesterday, pushing the GBP/USD pair above 1.40 in a convincing manner. The bears are in trouble as the deal may allow the Bank of England (BOE) to adopt a more aggressive stance on policy tightening. Technically, the rally lost momentum after the pair added almost 180 pips, but it holds on to strong gains, favoring a new leg higher for the upcoming days if the upcoming data back the case. In the 4 hours chart, the pair briefly surpassed the roof of the daily ascendant channel before pulling back in, holding anyway near the upper end of the figure. In the mentioned chart, the 20 SMA slowly turns higher below the current level, while technical indicators lost directional strength and settled well into positive territory, supporting the upside without confirming it. -FXStreet
USD/JPY

Having trapped bears on the wrong side of the market on Monday, the USD/JPY pair moved above 106.00 in early Asia and was last seen near the 200-hour MA of 106.31. The pair is still bearish according to short-term technical readings, as in the 4 hours chart, an early spike met selling interest around a modestly bearish 100 SMA, while technical indicators were rejected from their mid-lines, although are currently heading nowhere right below their mid-lines. -FXStreet
Gold

Gold has managed to recover early lost ground to over two-week lows and is currently placed at the top end of its daily trading range. –FXStreet

« European Commission is preparing its member states for trade war with Trump; G20 finance ministers will focus on crypto implications for the financial system during today’s meeting G20 continued to emphasize the importance of free trade; UK CPI eases more than expected in February and the German ZEW Economic sentiment deteriorates sharply in March »