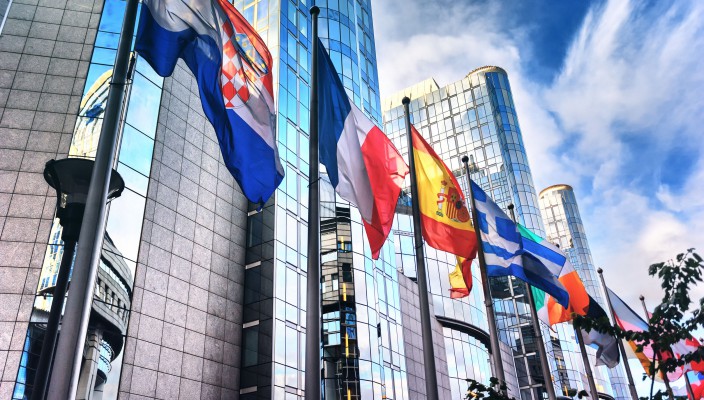 On Thursday the European leaders have gathered in Brussels for the two day summit in order to deal with topics around migration, trade, Brexit, defense and deeper euro zone integrations. From all the topics, the migration issue is seen as the most complex, as the Italian new government interests, anti-establishment oriented, clash with the stance of Germany regarding immigration. Italy is the entry country for most migrants that are crossing the Mediterranean Sea, and if Angela Merkel’s coalition partner manages to promote its views, Italy will need to handle the immigrants alone and also take back migrants that Germany has turned away. Therefore, Italy is urging the EU leaders to revise the EU rules and agree on the ways to prevent migrants from reaching the EU in the first place. Second topic to be discussed is the potential trade war and the retaliatory steps that the EU took against the US steel and aluminum tariffs, followed by the ever going Brexit, where according to Reuters, the summit is seen as a breakthrough in the Brexit talks and worries by the lack of progress, the EU leaders have warned the concerned parties to be prepared for all outcomes, which are to be seen in March 2019. In addition, the EU leaders will use the summit to agree on the role of the European Stability Mechanism and the euro zone’s bailout fund, as well as stepping up on defense before the NATO summit in July this year.

In addition, the European Commission’s Economic Sentiment has been published yesterday and has shown a fall to 112.3 points in June compared to 112.5 last month, however the sentiment of manufacturing and services managers remained the same as in May and above the expectations. The EU growth is expected to pick up in the 2nd quarter of 2018.

Regarding the macro-economic news from the US, both GDP and unemployment readings came with a disappointment, where the GDP increased at 2% annual rate, as opposed to the expected 2.2%, signaling a slowdown in the US economy with the weakest performance in consumer spending in almost 5 years. Furthermore, the weekly jobless claims rose more than expected to 227k, where the forecast was 220k, however the trend in claims has remained consistent with a tightening labor market.