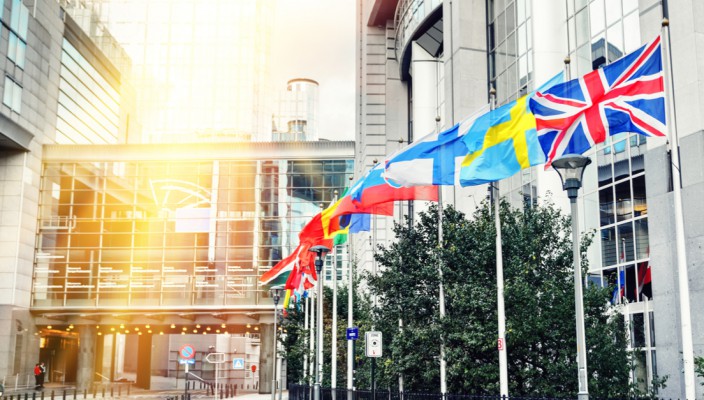 On Friday we have witnessed vast ‘better than expected’ macro-economic news, mostly concentrating on the Eurozone, UK and the US. Namely, according to the euro bloc’s statistics agency – Eurostat, CPI rose 2.0% in June, which was higher than the 1.9% in May and in line with the forecasts. It is worth mentioning that the ECB is targeting a headline inflation rate of close to 2%, and will announce its next monetary policy decision next month.

Furthermore, the UK services sector has been seen as stronger in April and the 1st quarter GDP growth came with better than forecasted reading of 0.2%, as opposed to the expected 0.1%. The positive data had the economists raising hope of a revival after a slow-moving start of the year, which has made the BoE keep the interest rate on hold. As per the Investec economist, Philip Shaw, the positive results may lead to an August rate rise. In addition, according to Reuters, the BoE predicts the GDP growth to pick up to 0.4% on a quarterly basis in the three months to the end of June, which may lead to rate rise, for only the 2nd time since the financial crisis in 2008.

With regards to the US consumer prices enhanced in May, where for the first time in 6 years, the underlying inflation managed to hit the 2% target set by the Federal Reserve. Consumer prices rose 0.2% and the personal consumption expenditures price index surged 2.3%, causing the PCE year on year index to increase to 2.0%, the biggest gain since April 2012.

However, personal spending slowed down in May and rose only 0.2% while the forecast was 0.4% gain, where spending was held back by a drop in expenditures on household utilities.
During the summit in Brussels, the EU leaders have agreed on Friday to react firmly against protectionism and have called for a new EU law to screen foreign investments, clearly with Washington and Beijing in mind, as it was reported by Reuters. They have stated that the tariffs imposed by the US could not be justified and have supported the EU Commissions legal challenge, as well as the duties that were set on US products. In addition the EU will continue in the negotiation of free trade agreements, which they already have with Japan and Mexico, thus will continue with the negotiations with Argentina, Brazil, Uruguay and Paraguay, as well as Australia and New Zealand.