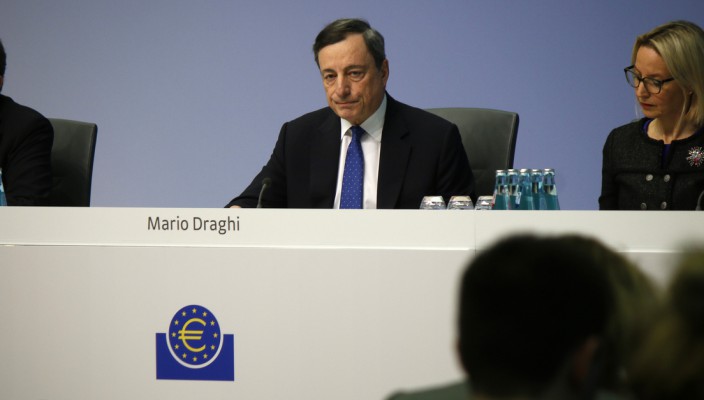 As a widely expected decision yesterday, the European Central Bank had decided to leave the interest rates on hold, which are to remain unchanged throughout summer of 2019. The aim of ECB is to end the bond purchase scheme by the end of 2018 due to the fact that inflation is rebounding, as well as to manage to keep the rates record low throughout next summer. In the ECB policy statement on Thursday it stated that the Governing Council expects that the key ECB interest rates will remain at the present levels at least through the summer of next year and for as long as necessary so as to ensure continued sustained convergence of inflation to levels below and close to 2% over the medium term.

After the bank’s policy meeting, at the ECB press conference, ECB President Mario Draghi has made several statements, where he has repeated that the exchange rate is not a policy target and that there is an international consensus that was established for a long time now refraining from competitive devaluations. In addition, he does not see a need to change the plan of forward guidance on rates and has added that there is a need for structural reforms in euro area countries in order to increase resilience, reduce structural unemployment and give a boost to the euro zone productivity and growth potential.

When asked about the trade talks between the EU and the US, Mario Draghi commented that it has been taken into consideration and stated that there is willingness to discuss trade issues in a multilateral framework again. Commenting on the strength of the EU economy, he has stated that the current underlying strength of the economy gives confidence to the policy makers that the sustained convergence of inflation to the set goal is continuing in the period ahead and will be maintained even after the gradual winding down of the net asset purchases.

Other important macro-economic news came from the United States, where the unemployment claims came higher than expected, where the number of people filing for initial jobless benefits increased to 217k, as opposed to the expected 215k. In addition, the durable goods orders came with disappointing figures, rising 1% in June, where the economists have expected 3%.