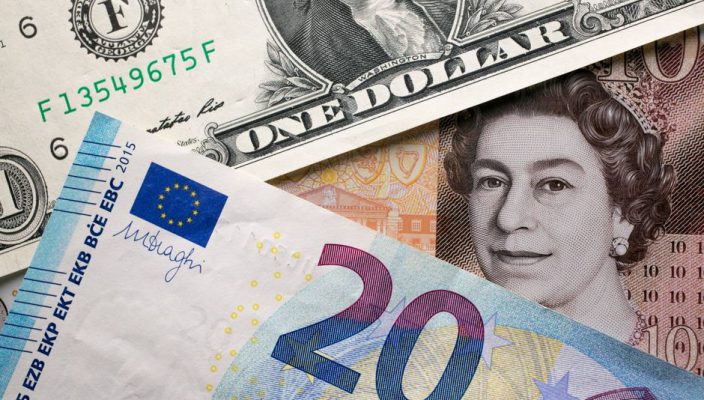 A rate hike by the Bank of England last week gave the pound some breathing room. But it’s still 10% weaker against the dollar from its January peak and 3% below the euro.

Aside from the occasional shrug about the cost of a beer in Marbella or a ticket to Disneyland in Florida, Brits seem quite comfortable with devaluations. Why? And are they doing the right thing?

The last hundred years of British history can be divided into two periods. Until 1972 the pound was normally fixed, first under the gold standard and then under the Bretton Woods system. Britain’s passion for consumption rather than investment and its chronic productivity problems have led to balance of payments difficulties at any exchange rate.

British politicians did not provoke the collapse of the Bretton Woods system in 1972 but were the main beneficiaries. The pound became buoyant. Its value began to fluctuate. When the UK economy struggled, the pound sterling fell. The British population was more tolerant of hidden devaluations. And the British government has taken this into account.

It wasn’t until John Major tied the pound and himself to the European mechanism in 1990 that there was a brief return to the old days when the exchange rate was a fetish. But the situation has changed again. Major was freed from the peg in 1992, and governments still see the benefit of not having a target exchange rate.

From the analysts’ point of view, the downward movement of the pound is an ideal political tool. This allows the economy to adjust after a period in which the country lived beyond its means. This was the case in the early 1990s and after the financial crisis. And then the Brexit referendum. However, this comes at a cost that can increase over time.

First, devaluation tends to play into the hands of exporters by helping to narrow the UK’s ongoing trade deficit, albeit for a short time. However, there are signs that exports have become less vulnerable to the recent devaluation, either because the service economy is behaving differently than the old industrial economy or because of post-Brexit trade barriers.

Second, a weak exchange rate increases the cost of living. In the summer of 2008, the cost of oil in dollars was much higher than it is today. But with the pound down 40% against the dollar, gas station prices are about 50% higher than they were 14 years ago.

Labor markets have become much more flexible than in the second half of the 20th century. Therefore, structural unemployment in the 1930s or 1980s is unlikely. On the other hand, in the absence of a strong union movement, workers’ real wages are likely to fall at an alarming rate.

This also led to other consequences. In general, the UK saves less than other developed countries. So he needs foreign investors to buy government bonds. As former Bank of England Governor Mark Carney said, “We rely on the kindness of strangers.” But as kind as those strangers is, they need a premium for buying bonds in a depreciating currency. You don’t have to agree with Bank of America’s statement that the pound has become an emerging market currency to admit that it may have some information. In its March forecast, the Office of Fiscal Responsibility indicated that record interest rates on debt this year would be anything but normal. Interest rates on the debt will fall by £30bn over the next year as inflation eases. As paying interest on the debt consumes resources that would be better spent on the national health and education system amid falling living standards, Britons may ponder the implications of the devaluation. Maybe this cheese isn’t free. Maybe it’s time to introduce hard currencies.

« Effective Forex Signals: How to Catch Them What Causes Forex Traders to Lose Money? »