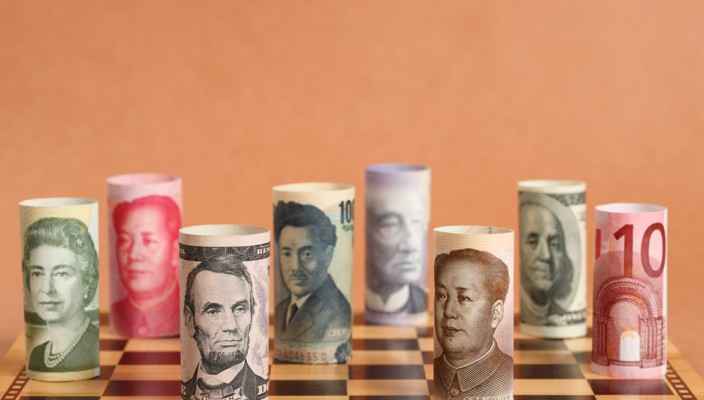 Currency wars; what benefits (if any) can they provide the Forex Trader?

Feb 20 • Forex Trading Articles • 4110 Views • Comments Off on Currency wars; what benefits (if any) can they provide the Forex Trader?

Mario Draghi, the president of the ECB, is apparently concerned that the euro is too high versus USD. EUR/USD recently breached the 1.2500 handle for the first time in over three years, he’s concerned that at this level it may harm exports and damage the (fragile) recovery the Eurozone is in, which is only circa two, perhaps three years into sustainability.

The BOJ want a weaker yen to continue the Abenomics programme, helping to defeat deflation and continue their recent growth as (despite rumors to the contrary), Japan is still a manufacturing powerhouse, with the household brands we’ve all come to love, such as; Sony, Honda, Suzuki, Panasonic etc. still powering ahead.

Likewise the Chinese need their people’s currency the renminbi (yuan) to stay low, in order to continue their stunning manufacturing renaissance period. Despite their best efforts USD/CNH fell from circa 70.00 to 64.00 in 2017, making exports when measured on an international scale, far more expensive.

Then there’s the U.K. government and Bank of England dilemma, who can’t make up their mind (depending on the mood of the day) if a weak pound is good for exports and manufacturing (a small percentage of U.K. activity). Or bad for the economy, on the basis that as a service led/consumer driven economy highly dependent on cheap imports, a weak pound is preferable…

So that’s just a brief report of where we’re at in relation to what could be termed “currency wars”. Fortunately, for us as currency traders, all this: sentiment, data, political positioning and the economic metrics, are put into a huge ‘FX mincer’ and out of the other end comes our price for the major currency pairs. And whilst we acknowledge that the yuan is not officially classed as a major currency pair, given that’s it’s not freely floated/convertible, or represents value to trade as a currency pair versus the majors, its influence and impact on global forex markets and the currency pairs we trade, cannot be ignored.

The standard argument is that no one benefits from currency wars, and such a conclusion is correct; if we’re measuring any gains from an economic standpoint. Let’s use the USA v China as an example. Judging by the diversified and conflicting views from the USA republican administration and the FOMC/Fed, the decision makers in the USA can’t make up their minds if they want a lower, or higher dollar versus yuan. The overall motivation appeared to be a side swipe and threat aimed at China; there’s a suspicion that Trump simply wants the approx. $500b trade deficit with China to somehow disappear, it can’t, it has to be traded down.

But how can the USA, with a huge balance of trade deficit and as a country desperate to engineer a manufacturing renaissance, suddenly reverse the situation and somehow force the yuan down? They can’t. And as an economy highly dependent on imports, Chinese imports may become cheaper into the USA with a weaker yuan, but Chinese imports into China from the USA and oil priced in dollars, would become more expensive, eventually causing manufacturing to become more expensive and if Chinese import costs spike due to a weak yuan, then the global ripple effect could be quite severe. The notion that the Chinese would plan for a strong yuan to harm manufacturing and ultimately their exporting power, appears incompatible with their ambitions. So how can the USA win a currency war with China? They can’t, it is both zero sum and a form of mutually assured, economic destruction.

At times, when we take into consideration the political landscape just outlined, it’s not surprising that we look at currencies and the pairs we prefer to trade and wonder how we manage to trade any of them. Or we may become curious as to why forex markets are not subject to the wide oscillations that we witness in, for example, crypto markets such as BTC/USD (bitcoin v dollar). But despite these huge and fascinating political and economic issues; the massive tug of war that exists between for example euro/dollar buyers and sellers, our forex markets are (by some measurements) incredibly stable. A 0.5% daily range on GBP/USD would be considered wide, a 1% range would be considered unusual, our approximately $5 trillion a day turnover market is incredibly stable. Despite the afore mentioned macro influences and the further disagreements between the economic super powers; USA, China, Japan and the Eurozone, these issues can only enhance our opportunities.

We can often become fixated and develop tunnel vision with regards to our forex trading, however, it’s important that as traders we don’t lose sight of what we’re trading and why it exists. Our forex markets exist primarily to smooth the cost of transactions between international businesses, it didn’t come into existence for us retail traders to take profit out of the market. If we read or hear of the concept of “currency wars” in the mainstream media over the coming months then naturally, as forex traders, our trading antennas will twitch. But these currency wars have existed in many forms of several decades and without a doubt they improve: trends, liquidity and activity in our forex business, which can only be good for our opportunities.

« Investors will focus on the U.K.’s latest GDP figure published on Thursday, to establish if the economy is effected by the impending Brexit U.S. equities sell off, gold falls, U.K. pound rises on Brexit optimism, and U.S. treasury auction raises eyebrows »